Heavy rain hit the central and eastern parts of the country, including the Chungcheong region and Gangwon Province, and the southernmost island of Jeju, according to the Korea Meteorological Administration (KMA).

The southern port city of Busan recorded up to 62.5 millimeters of rainfall per hour at its popular Haeundae beach area as of 9 p.m. The central and eastern regions were forecast to record up to 150 mm and 300 mm of rain, respectively.

No damage has been reported. Several flights bound for Jeju have been suspended.

Authorities issued advisories for heavy rain and strong winds for Busan and a heavy rain alert for Jeju's mountainous areas. Similar advisories have also been issued for South Jeolla Province in the country's southwest.

The weather agency predicted that the heavy rain will likely continue through Tuesday afternoon. 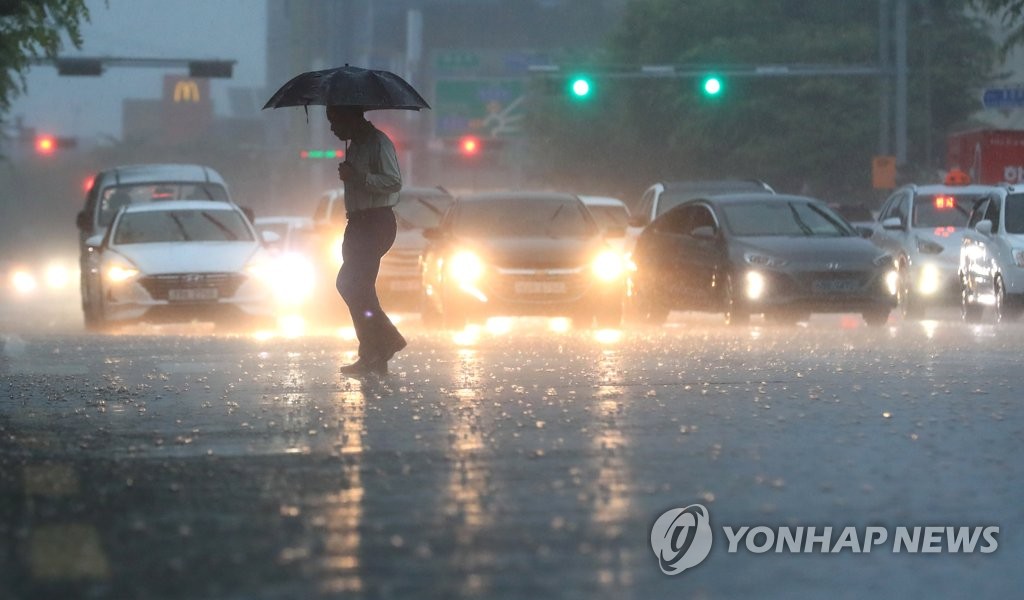