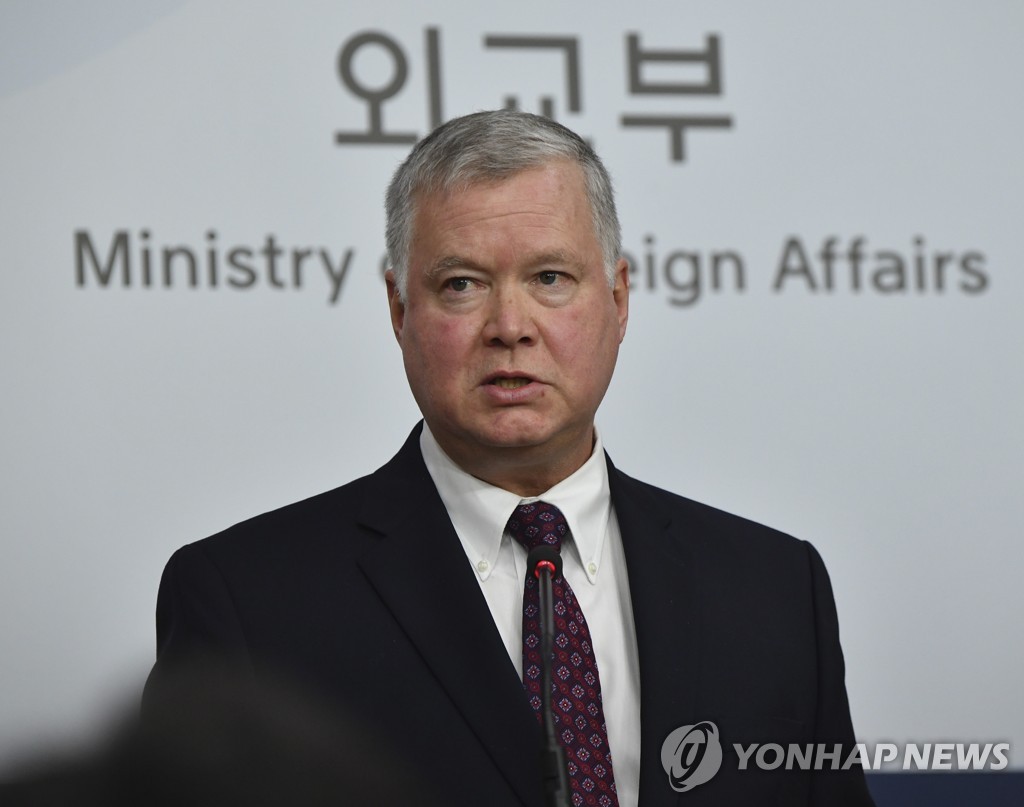 Biegun expressed frustration that North Korean officials have not been authorized to discuss the nuclear weapons program in their meetings.

The last time the two sides met was in Sweden in October.

"Getting a deal with North Korea is going to depend upon the North Koreans, not just us," he said. "We've laid out quite a robust and detailed plan that if the North Koreans would engage with us in negotiation, we can make progress very quickly."

The envoy added that given the economic hardships in North Korea, which he said are likely to get worse, it is puzzling why the regime refuses to engage "at a political level."

"The pressures are immense on the regime and the regime continues to prioritize expenditure of its resources on its military capabilities," he said.

"So that also is going to require us to maintain a full deterrent, which we will and we do -- I don't think anybody doubts that," Biegun continued, referring to the U.S. military's readiness to respond to any North Korean aggression, "and continue to leave the door open to diplomacy."

"We believe there is still time for the United States and North Korea to make substantial progress in the direction that we believe that both sides want to go," he added.

Trump has publicly been quiet on North Korea as he deals with the coronavirus pandemic and his reelection campaign, despite earlier touting his meetings with Kim as a foreign policy victory that averted war with the North.

According to the book, Trump told South Korean President Moon Jae-in ahead of his third meeting with Kim at the Demilitarized Zone in June 2019 that he might ask that the next U.S.-North Korea summit be after the U.S. elections.