Compared with a year earlier, overall industrial production also plunged 5.6 percent in May.

Production in the mining, manufacturing, gas and electricity industries plunged 6.7 percent on-month in May, marking the sharpest decline since December 2008.

Retail sales rose 4.6 percent in May from a month earlier as the nation eased strict social distancing rules, and the output in the service sector gained 2.3 percent on-month. 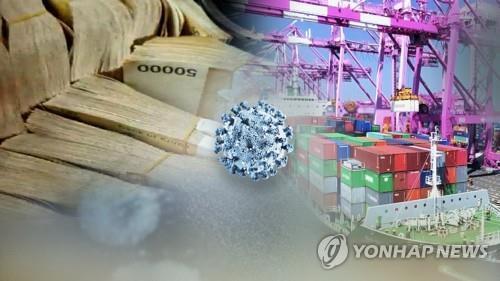 Sales of durable goods, such as cars, gained 7.6 percent and those of nondurable ones, such as cosmetics, edged up 0.7 percent, the data showed.

Facility investment fell 5.9 percent on-month in May, marking the first monthly decline since February this year. the data showed.

Exports have also showed signs of bottoming out in June, Kim said, adding the government will encourage companies to make more investment.

The so-called cyclical component of the composite leading index, which predicts the turning point in business cycles, fell by 0.8 point on-month to 96.5, marking the lowest level in more than 21 years.

The nation's economy shrank 1.3 percent on-quarter in the first quarter of this year, the sharpest quarterly contraction since the last three months of 2008.

Exports slipped 7.5 percent on-year in the first 20 days of June amid the shock from the coronavirus pandemic.