SEOUL, June 30 (Yonhap) -- North Korea has registered the trademark of a luxury hotel on its east coast with a U.N. body on intellectual property rights, the U.N. agency's website showed Tuesday.

According to the website of the World Intellectual Property Organization (WIPO), North Korea registered the trademark of "Masikryong Hotel" on April 2.

Built in 2013 inside the Masikryong ski resort on the outskirts of the country's eastern coast town of Wonsan, it is a high-class hotel known to be equipped with a swimming pool and a sauna.

The construction of the Masikryong ski resort was one of the pet projects for leader Kim Jong-un known to love skiing. The resort was disclosed to a group of South Korean skiers in early 2018 for joint training ahead of the PyeongChang Winter Olympics.

North Korea has intensified its push to register trademarks of its own brands with WIPO since Kim took office in late 2011. Last year, the North registered 11 brands with WIPO. 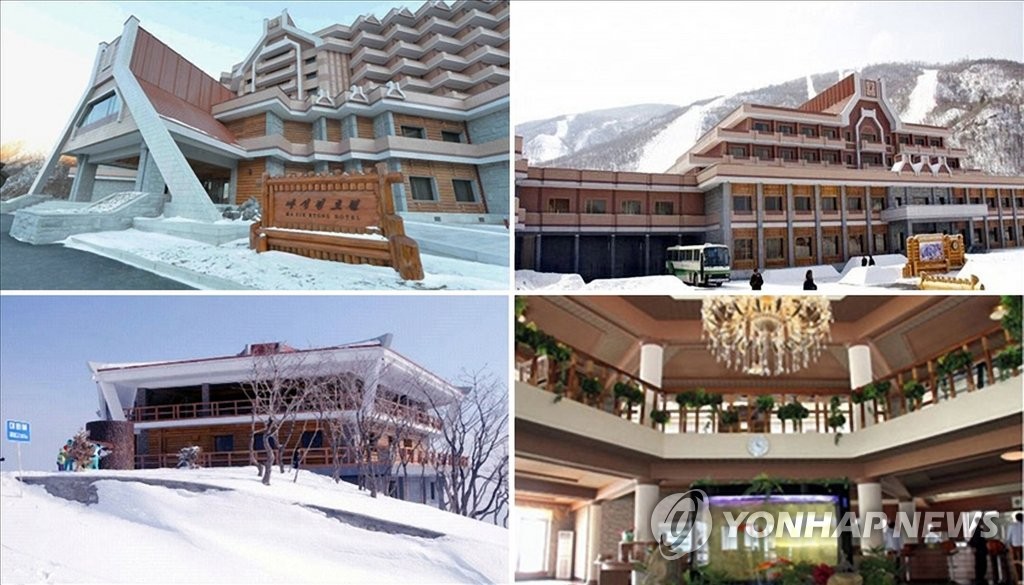