The average interest rate on new bank loans came to 2.82 percent in the month, up 2 basis points from 2.8 percent in April, according to preliminary data from the Bank of Korea (BOK). 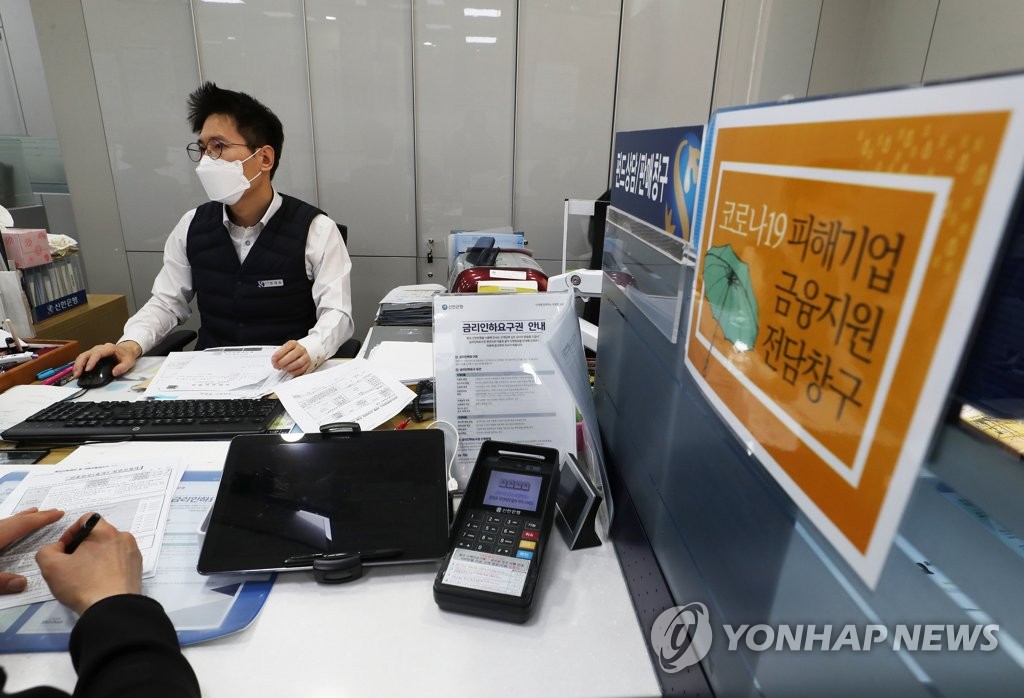 The slight increase follows four consecutive months of drop, partly prompted by a series of economic stimulus steps aimed at minimizing the fallout from the new coronavirus outbreak.

The BOK slashed its key rate by half a percentage point to an all-time low of 0.75 percent in an emergency rate reduction in March that marked the first of its kind in over a decade.

The central bank again cut the policy rate to a new record low of 0.50 percent on May 28, which may put further downward pressure on bank rates down the road.

The rise in overall lending rates was attributed to an increase in rates on corporate loans.

The average rate on fresh household loans came to 2.81 percent in May, down 8 basis points from a month earlier, according to the BOK.

The average rate on new corporate loans, on the other hand, added 6 basis points to 2.83 percent over the cited period.

Interest rates paid by banks on fresh deposits continued to fall, dipping to 1.07 percent in May from 1.20 percent the previous month and marking the sixth consecutive month of drop.

The drop can be partly attributed to massive government stimulus steps.

Seoul has so far pledged a support package worth about 240 trillion won (US$200 billion) and is pushing for a third supplementary budget of the year worth over 35 trillion won.

Amid such an injection of additional funds, which can be quickly turned into market liquidity, the country's overall money supply jumped by a record high of 34 trillion won, or 1.1 percent, from a month before in April, the BOK said earlier.

Against such a backdrop, the average rate paid by banks on fresh deposits continued to drop, plunging 15 basis points from a month earlier to 1.07 percent in May.

The gap between the rates paid and charged by banks widened to 1.75 percent in May from 1.6 percent the month before.