Hong made the remarks in a parliamentary speech as the National Assembly ended a monthlong standstill and the ruling Democratic Party paved the way for a budget review.

Earlier this month, South Korea proposed the extra budget of 35.3 trillion won (US$29 billion), the third batch meant to help key industries cushion the economic blow from the coronavirus pandemic and protect jobs.

Lawmakers, however, had failed to begin a budget review as there was much political debate over the issue. 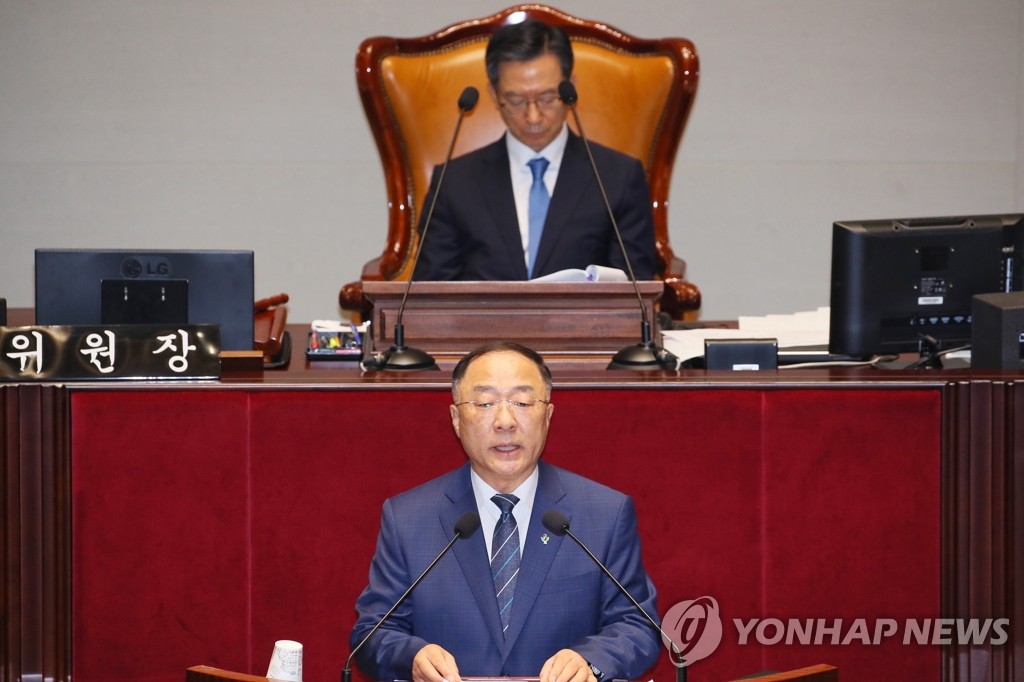 "The effectiveness of this extra budget depends on its speed and timing," Hong told lawmakers.

"If this budget is approved, it would benefit more than 6.4 million people, including workers, jobless people and small merchants," Hong said.

Hong said the government will continue to prop up the economy by keeping its aggressive fiscal policy.

Analysts expected the National Assembly to approve the budget before Saturday, when the parliament ends its session.

If approved, South Korea will spend more than 75 percent of the budget within three months, ministry officials said.

South Korea's economy contracted 1.3 percent in the January-March period from the previous quarter.