SEOUL, June 30 (Yonhap) -- Police on Tuesday called in the head of a North Korean defector group over its anti-Pyongyang leafleting campaign, which Seoul views as a breach of law and Pyongyang vehemently criticizes.

Park Sang-hak, head of Fighters for a Free North Korea, showed up for questioning at the Seoul Metropolitan Police Agency at 9:30 a.m. The former defector is known to have scheduled his attendance in advance with authorities.

Defying the government's warning against leafleting, Park claimed that his group sent some 500,000 leaflets carried by 20 large helium balloons over to the North on Monday last week.

Police plan to question him on various suspicions raised against his activist group that has been leading the leafleting campaign.

Police are expected to decide whether to push for Park's indictment following the questioning. 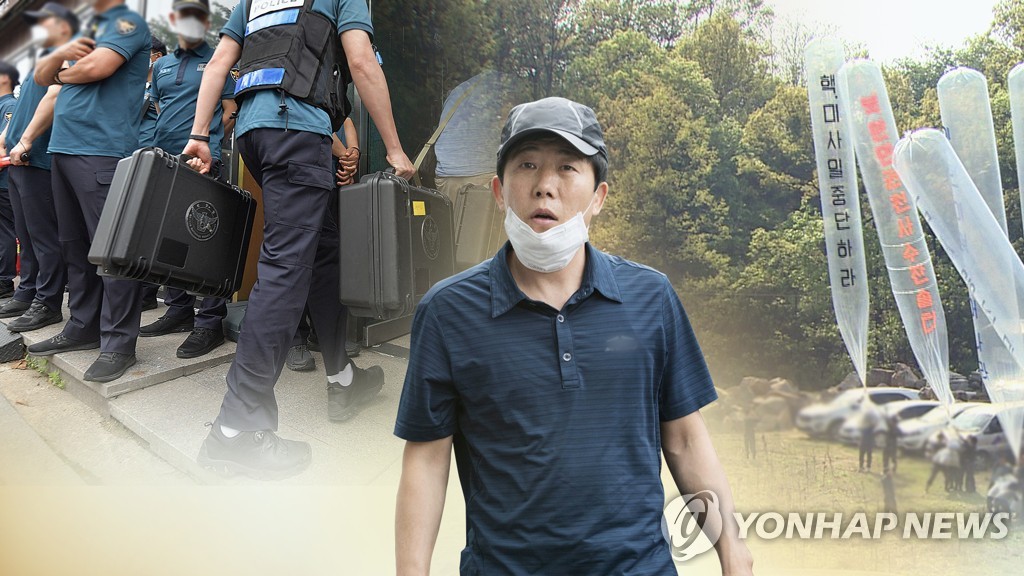