SEOUL, June 30 (Yonhap) -- Hankook Technology Group, South Korea's biggest tiremaker, appears to be in a succession process, as the group chief has handed over his controlling stake to his younger son, signaling a potential family feud over the control of the conglomerate.

On Friday, Hankook Technology Chairman Cho Yang-rai sold his entire 23.59 percent stake in the company to President and Chief Operating Officer Hyun-bum for 240 billion won (US$200 million) in a block deal, the company said in a regulatory filing.

With the stake purchase, the second son became the biggest shareholder with a 42.9 percent stake in Hankook Technology, the holding company of the group. The Cho family collectively owns a 73.92 percent stake in the company. 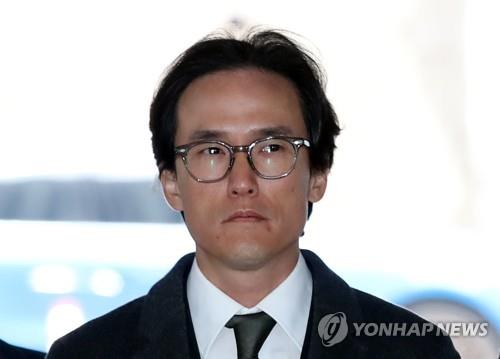 Hyun-bum's elder brother Hyun-shick, vice chairman of Hankook Technology Group, holds a 19.32 percent stake in the company. His two elder sisters have a combined 11.65 percent stake in it, and the National Pension Service (NPS), the country's state pension fund, holds a 9.23 percent stake.

Industry sources speculate that with the increased stake, 48-year-old Hyun-bum has taken the helm of the tiremaking conglomerate, the world's sixth-biggest tiremaker by sales.

However, it remains to be seen whether Hyun-bum can cement his position as the successor of the group. His 83-year-old father and 50-year-old elder brother still serve as the group's chairman and vice chairman, respectively.

Hyun-shick may partner with two elder sisters and the NPS to take the lead in the race over control of the tire group.

Hyun-bum stepped down as CEO of Hankook Tire last week, while maintaining the president position, ahead of the second court trial over breach of trust and embezzlement later this year. Professional manager Lee Soo-il currently serves as CEO for the company.

In the first trial in April, he was given a suspended jail term with a fine of 615 million won for receiving hundreds of millions of won worth of kickbacks from subcontractors and affiliates.

Hankook Tire posted a net profit of 81.28 billion won in the January-March quarter from 123 billion won a year ago, as the COVID-19 pandemic affected vehicle sales. It earns over 80 percent of its total revenue from abroad.