SEOUL, June 30 (Yonhap) -- The South Korean football league is hoping to have fans back in the stands by July 10 at the earliest, a league official said Tuesday.

The Korea Professional Football League (K League) said the match between Busan IPark and FC Seoul in the top-flight K League 1 will likely be the first contest of the season played before fans. It will kick off at 7:30 p.m. at Busan Gudeok Stadium in Busan, 450 kilometers southeast of Seoul.

Football and baseball are the two major professional sports being played in South Korea during the coronavirus pandemic. The Korea Baseball Organization (KBO) opened its season on May 5 without fans and it hopes to open the gates by Friday. KBO teams have played between 45 and 48 games out of 144 through Sunday. 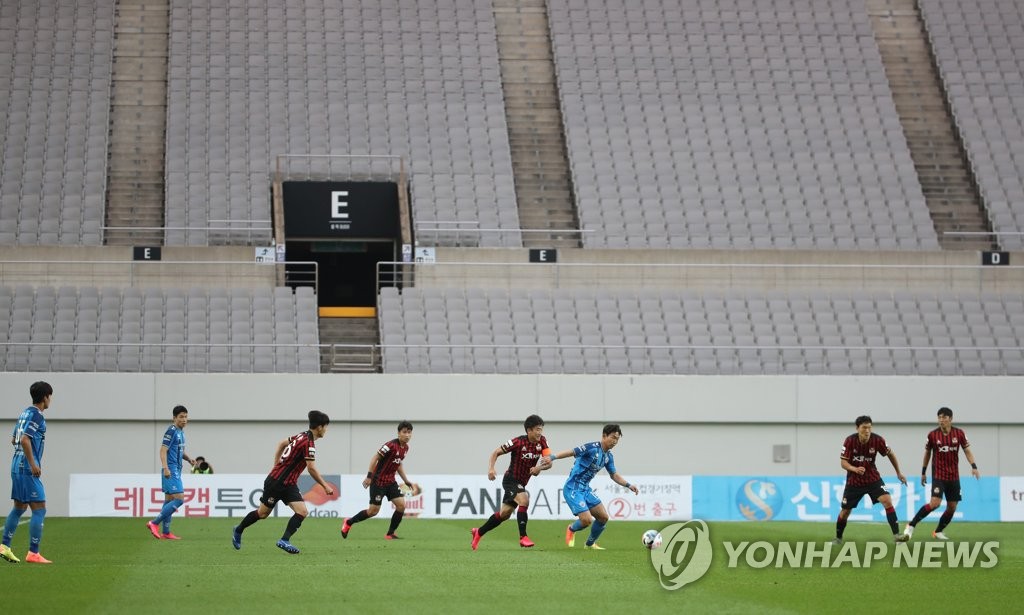 The K League 1 season kicked off on May 8, and its 12 clubs have played nine out of 27 matches so far.

Without any gate receipts, clubs have been in dire financial situations. And some much-needed relief came Sunday, when the government announced it will allow sports stadiums to reopen, as long as teams create safe viewing experiences for spectators.

"We've been in close coordination with the national health authorities and the sports ministry over the timing of the opening and the size of the crowd," the league official said. "If we receive more specific guidelines from the sports ministry this week, we'll take about a week to set things up before fans can come to our matches."

Earlier in the day, the KBO released a health and safety manual for fans during the pandemic, and as part of infection prevention measures, fans will be required to sit apart in the stands and they will not be allowed to consume food from their seats.

The K League is expected to produce a similar manual, which is being finalized this week.

Four K League 1 clubs each hosted a match with fans during the early stages of the outbreak. In February, Jeonbuk Hyundai Motors, Ulsan Hyundai FC, FC Seoul and Suwon Samsung Bluewings each had a home match during the group stage of the Asian Football Confederation (AFC) Champions League. Fans were allowed back then, and they were required to fill out health questionnaires and go through temperature checks at the entrance. They also had to keep their masks on during the match. 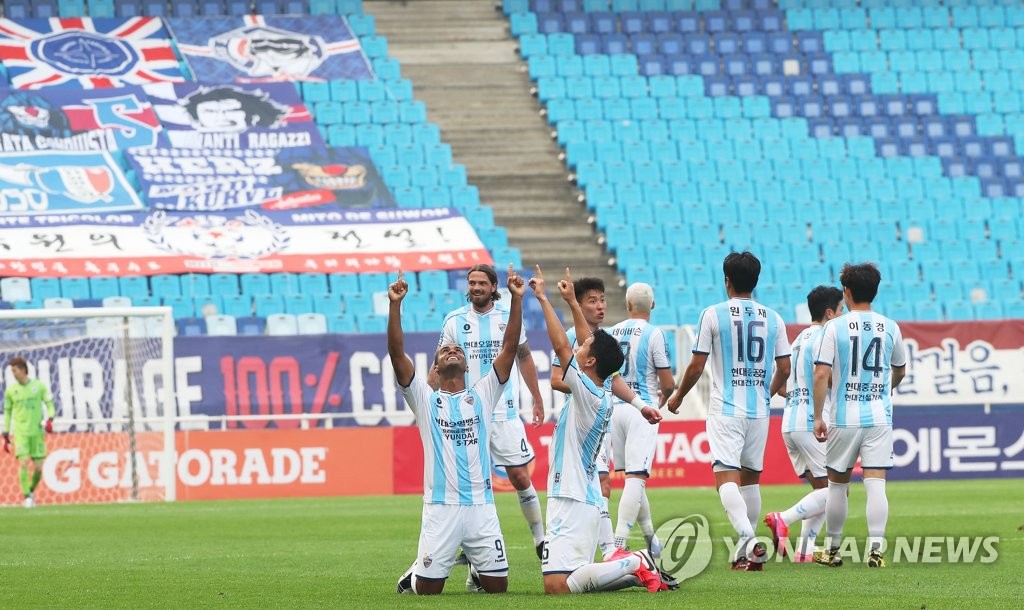 While the league office and individual clubs will be able to control quarantine steps inside stadiums, variables outside stadiums will be out of their hands.

South Korea has adopted a three-level social distancing scheme, and it decided to reopen sports stadiums under Level 1, with the number of daily COVID-19 cases in the 50 or fewer range and manageable by the medical system.

Under Level 2, with locally transmitted cases sitting between 50 and 100 for 14 straight days, all private and public indoor meetings of 50 or more and outdoor meetings of over 100 will be prohibited. That will include sports games.

"There are still fears about COVID-19," the K League official said. "We're bracing for the scenario where the social distancing reaches Level 2 and we have to close our stadiums again."

The social distancing grade will not be applied on a national scale, meaning regions that are hit harder by the virus than others will fall under Level 2 or 3, while other, safer areas will remain under Level 1.

The K League hasn't yet decided on its course of action in such a situation. If one K League city falls under Level 2 and other places stay under Level 1, the K League may opt to keep fans out only in that highly infected city. 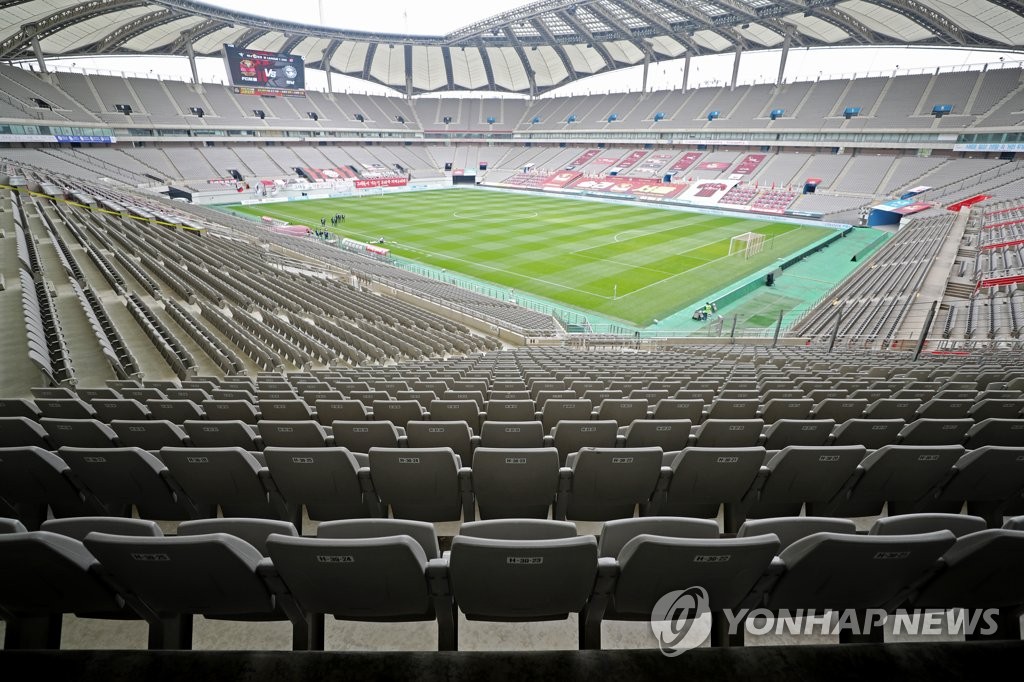