China's parliament passed the new security law designed to prohibit subversion, secession or treason, a move that other countries have feared would let Beijing bolster censorship and control in the former British colony.

"The government respects the 1984 declaration between China and Britain and in accordance with the Basic Law, we believe that it's important for Hong Kong to continue to prosper and maintain stability while enjoying a high level of autonomy under China's 'one nation, two systems' policy," ministry spokesperson Kim In-chul told a press briefing.

He also reiterated that Hong Kong is an important region that has a close relationship with South Korea in terms of people-to-people and economic exchanges.

"We are paying keen attention and watching the trend closely with regards to the passage of the law and its future impact," Kim added.

The 1984 declaration that led to the 1997 handover of Hong Kong to Chinese rule stipulates that the territory will enjoy a "high degree of autonomy" except in foreign and defense affairs, and that Hong Kong's current social and economic systems will remain unchanged.

The ministry also pointed out the importance of stable and amicable relations between China and the United States, apparently referring to Washington's decision to suspend preferential treatment for Hong Kong in an apparent sign of objection to the law.

"We support diplomatic efforts to maintain stable, amicable and cooperative relations between the U.S. and China as they are vital to peace and prosperity in East Asia and also in the world," he said.

On Monday, the U.S. Commerce Department said it was suspending preferential treatment to Hong Kong, including a halt to defense exports and limiting access to high-tech products, and added that further action could be on the way.

China's push for the security law has spawned criticism, especially from the United States, as that would be acting against its own pledge to guarantee Hong Kong's liberties and autonomy under the "one country, two systems" framework. Hong Kong was returned to Chinese rule in 1997. 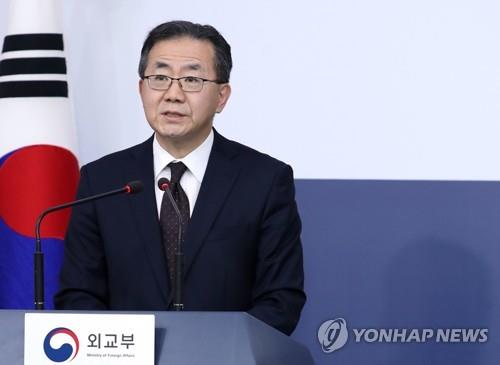