The assembly's 16 standing committees, all chaired by lawmakers of the ruling Democratic Party, set out with their review of the special 35.3 trillion-won (US$29 billion) budget bill, the country's third COVID-19 response extra expenditure, Monday afternoon.

The bill, revised upward by nearly 3 trillion won by the standing committees, was submitted to the Special Committee on Budget and Accounts on Tuesday morning for final approval before it can be put up for a vote at a plenary session.

The DP, controlling 176 out of the 300 assembly seats, seeks to pass the bill through a full-floor National Assembly session by Friday.

Boycotting the lower committees' hasty review of the extra budget bill, however, the main opposition United Future Party (UFP) warned that it will continue its protest unless the DP delays the timetable for the bill's passage.

"It's beyond imagination that a (parliamentary) review of a massive budget bill worth 35 trillion won could be finished in only three days," Rep. Choi Hyung-du, the floor spokesman of the UFP, told reporters.

He indicated that his party is willing to formally join the extra budget's review process at the Special Committee on Budget and Accounts, as well as the final plenary session voting, if the DP defers the bill's final passage by one week to July 11. 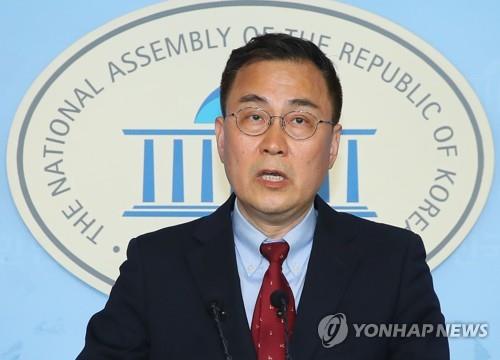 Another UFP lawmaker, Rep. Lee Jong-bae, also slammed the pending extra budget bill as being composed of projects that would only window dress dire employment data.

In a press conference, Lee said, "An analysis of the third extra budget bill showed that it contains projects to create short-term, manual jobs that could last for only five or six months," demanding a thorough review of the bill.

Opposition also came from the minor left-wing Justice Party, which has been largely in support of the ruling party so far.

Rep. Jang Hye-young of the Justice Party walked out of the review session by the Strategy and Finance Committee on Monday afternoon, accusing the committee of railroading the bill.

"I cannot agree with the committee that works only for the sake of the extra budget bill's passage, not a review of it," she said, quitting the session.

UFP floor spokesman Choi accused Park of "abuse of power" and said UFP lawmakers offered to resign from their designated committee seats but Park is refusing the resignation offers. 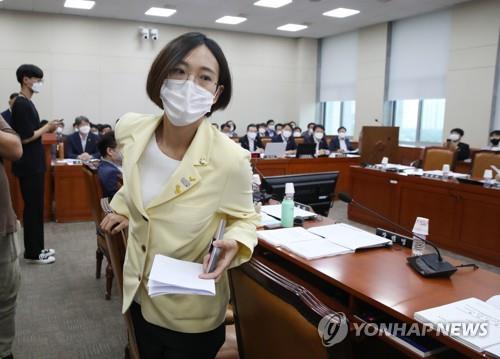