SEOUL, June 30 (Yonhap) -- The European Union (EU) will ease its entry restrictions from July 1 on South Korea and 13 other countries that are deemed "safe" from the coronavirus, the British national broadcaster BBC said Monday (local time).

In mid-March, EU members banned entry to visitors from outside the bloc, with a few exceptions for essential travel, in a bid to prevent the spread of the new coronavirus.

According to the report, the current list, which also includes Japan, Australia and Canada, is "still likely to be amended" and is set to be finalized on Tuesday (local time).

Countries where infection rates remain high, including the United States and China, have been excluded from the list, it said.

Citing diplomatic sources, the report added that the EU is ready to ease the entry ban on Chinese visitors if the Chinese government offers a reciprocal deal.

In Seoul, a foreign ministry official said that the EU's upcoming decision is a sort of "guideline" for member countries, and details could differ depending on each member's situation. 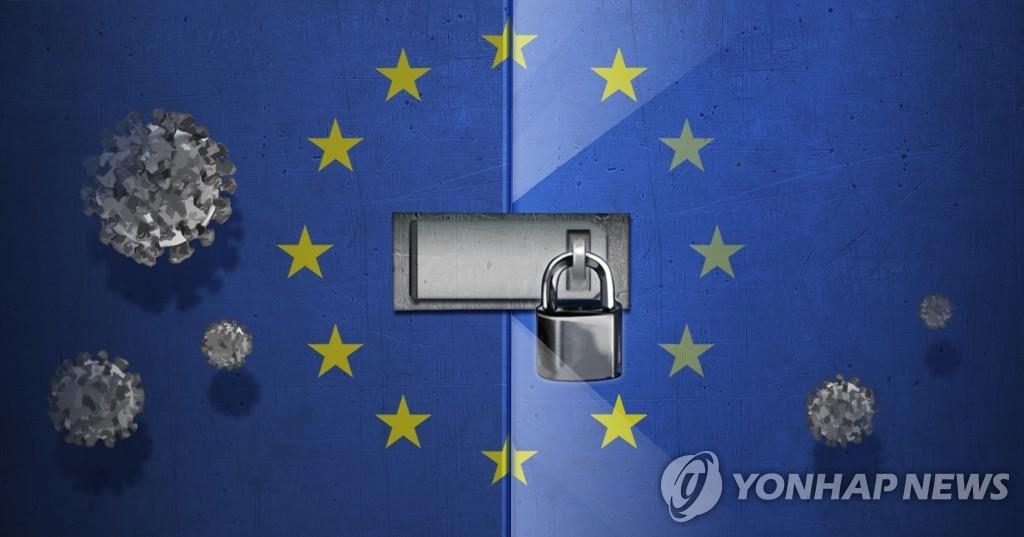 EU to allow entry from 14 countries including S. Korea: report

EU to allow entry from 14 countries including S. Korea: report