The city government said that Seoul Metropolitan Council earlier in the day passed a 2.23 trillion-won (US$1.86 billion) extra budget bill that includes a 50 billion-won increase in the emergency account that can be used to offer relief money.

Authorities said that with some 300,000 foreign nationals living in the city of over 9.9 million, about 30 billion won may be provided to help the non-Korean residents.

"Rules regarding emergency relief funds to foreigners will be the same as that applied to other citizens, though the exact sum to be provided was not specified in the budget proposal," a city official said.

He said registered foreigners who make a living in the country can get the relief funds if they meet the income criteria. He did not reveal when the payments would be made.

The latest move comes after the National Human Rights Commission issued a policy recommendation on June 11, calling on Seoul city and Gyeonggi Province not to discriminate against foreigners in regards to COVID-19 emergency relief funds. 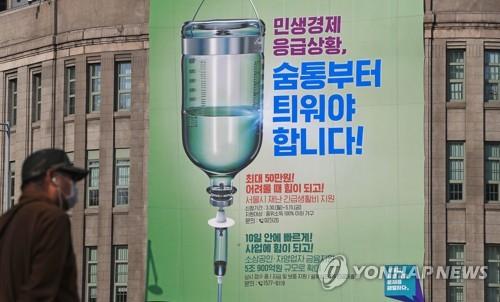