SEOUL, July 1 (Yonhap) -- SK Biopharamceuticals Co. Ltd., a unit of South Korean conglomerate SK Group, will make a debut on the local bourse this week, probably emerging as the top pick by investors for its growth potential amid the coronavirus pandemic.

The initial public offering (IPO) price of SK Biopharmaceutical was set at 49,000 won (US$40.73), and the company will raise some 1 trillion won from the market debut, the largest IPO of the year so far, according to the Korea Exchange, the country's bourse operator.

The drugmaker's market cap is estimated at roughly 3.84 trillion won, but analysts put the market value of SK Biopharmaceuticals at up to 6 trillion won.

SK Group is the listed company's largest shareholder with a 75 percent stake. In 2011, SK Biopharmaceuticals was spun off from SK Group's life science unit. 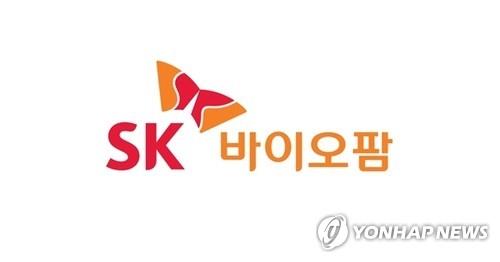 Prior to its IPO, investors had rushed to buy SK Pharmaceuticals, chipping in 31 trillion won in deposits to buy its stocks, the largest in the country's IPO history. The previous record was 30.1 trillion won in 2014 for Cheil Industries Co., a holding company of the country's leading conglomerate Samsung Group.

In November, SK Biopharmaceuticals was the first South Korean company to independently develop an investigational anti-epileptic drug, Cenobamate, with approval from the U.S. Food and Drug Administration (FDA).