The plan is in line with the ministry's core project unveiled in February to bolster overseas Korean education.

In the second half, the ministry will start a new project to support a training course at overseas universities and education institutes in Southeast and Central Asia, with an aim to produce some 200 Korean teachers for elementary and intermediate courses.

For that purpose, the ministry has formed a partnership with seven foreign universities and education institutes, including Vietnam National University - Ho Chi Minh City and Jusup Balasagyn Kyrgyz State University.

A similar partnership with eight more foreign institutes is in the works, the ministry said, aiming to start Korean courses sometime next year.

"In order to sustain Korean language education overseas and improve the quality of education, it is necessary for us to expand Korean education into a formal education system for each country," said Choi Eun-hee, an official from the ministry's international cooperation bureau.

"The ministry will organize Korean education support programs in a way that connects them with the school curriculum (of other countries)," she said. 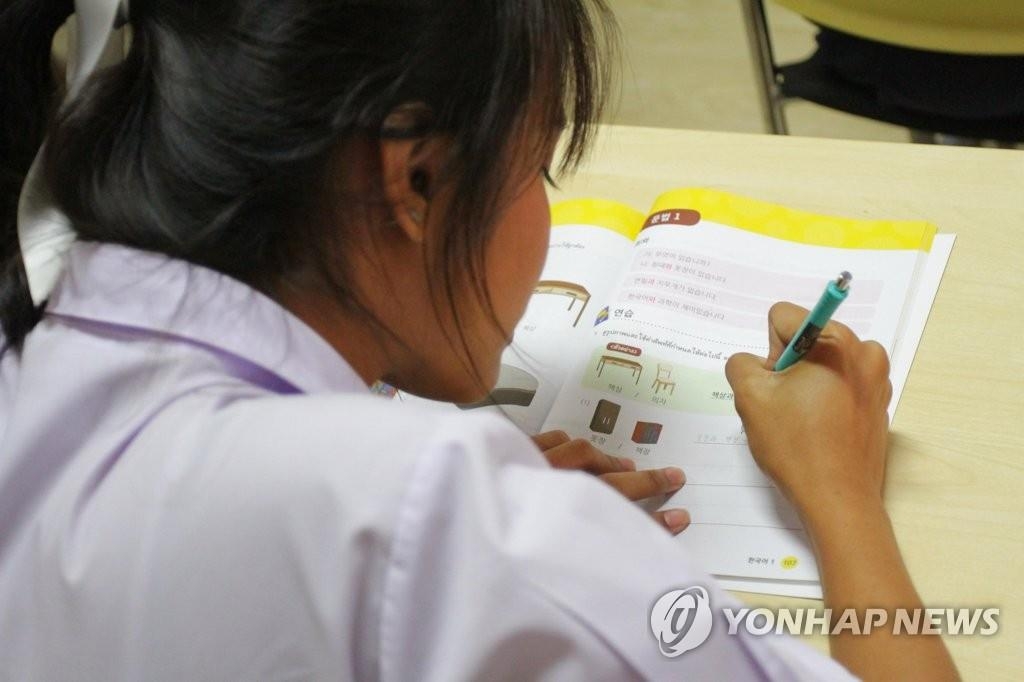