SEOUL, July 1 (Yonhap) -- What a difference a month can make.

Near the end of May, the Doosan Bears' outfielder Park Kun-woo was slumping so badly at the plate that the usual leadoff hitter was moved down to the No. 9 spot. He entered the game against the Lotte Giants on May 31 batting only .190.

Park exploded for his first three-hit game of the season that evening. It was a sign of things to come for Park in June. 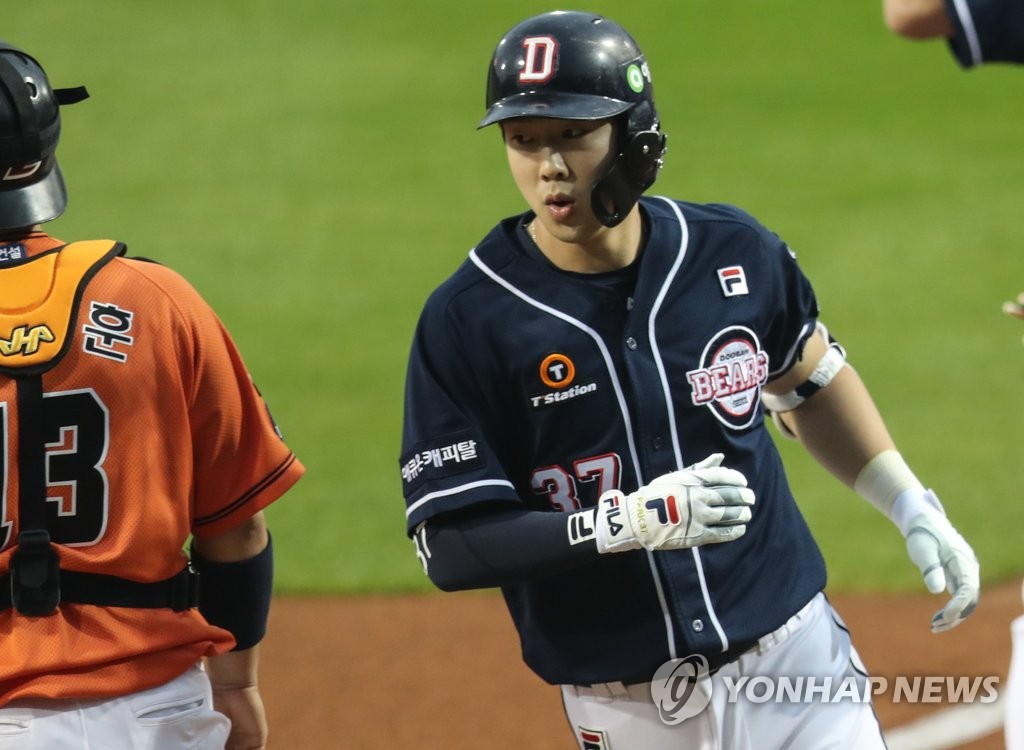 Park led all Korea Baseball Organization (KBO) hitters in June with a .444 batting average and a .484 on-base percentage in 21 games. He was tied for first in runs scored with 22 and was second in hits with 36.

Park picked up three hits in six out of those 21 games. He was held hitless in just three games, though in one of them, on June 10, Park came off the bench to draw a walk in his only plate appearance. He closed out June on an 8-for-13 tear.

With that, Park swung his way into contention for the Player of the Month award for June.

Whereas Park rebounded after a sluggish start, another Player of the Month candidate, Mel Rojas Jr. of the KT Wiz, continued his torrid pace from May.

Rojas didn't mess around out of the gate, batting .409/.456/.688 with six home runs and 20 RBIs in May. Then in June, Rojas did some serious damage with long balls, as he led the KBO with 11 home runs in 25 games while slugging at the league-best .743 clip. No other player reached double figures in home runs in June.

Rojas also found himself among the monthly leaders in hits, RBIs and runs scored. 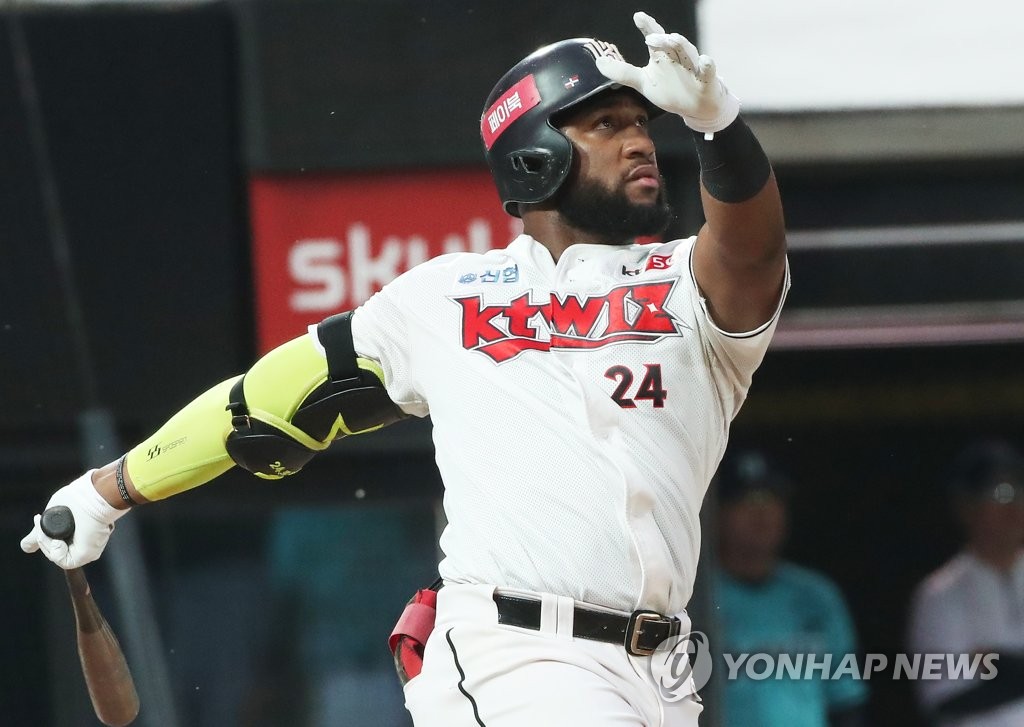 On the mound, 11 pitchers were tied for the June lead with three wins. Of those, LG Twins' right-hander Jeong Chan-heon was dominant in winning all three of his starts, while allowing just two earned runs in 22 2/3 innings for a 0.79 ERA. Because Jeong pitches so infrequently -- due to his injury history, the Twins have been giving him more than 10 days of rest in between starts this year -- he didn't even log enough innings to qualify as the official monthly ERA leader for June.

The former first overall pick has had to overcome assorted injuries and successfully transformed himself from a mediocre reliever to a high-end starter. In his most recent start last Saturday, Jeong took a no-hitter into the ninth inning against the SK Wyverns and lost the bid with one out in the frame. He then escaped a bases-loaded jam for his first career complete game shutout.

On that same day, Kiwoom Heroes' Eric Jokisch flirted with a perfect game, before giving up a double to Preston Tucker of the Kia Tigers with two outs in the seventh. 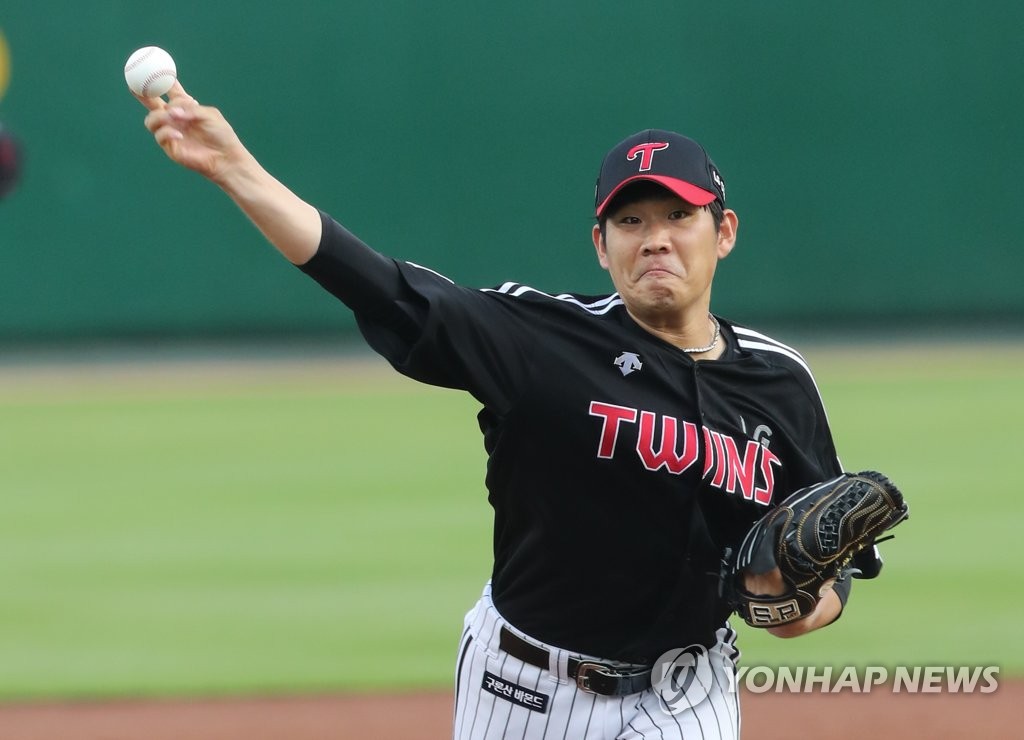 Koo was cruising along in June and then finally showed some cracks last Thursday against the Wiz. He was charged with a season-high four earned runs in his season-low four innings. His ERA ballooned from 0.82 to 1.37.

The SK Wyverns' right-hander Moon Seung-won did yeoman's work for the downtrodden club. He was only 2-2 but led all qualified pitchers with a 1.39 ERA and topped everyone with 34 strikeouts in 32 1/3 innings.

In June, none had quite the dominant pitching performance that Koo enjoyed in May, and the Player of the Month may well come down to Park and Rojas. 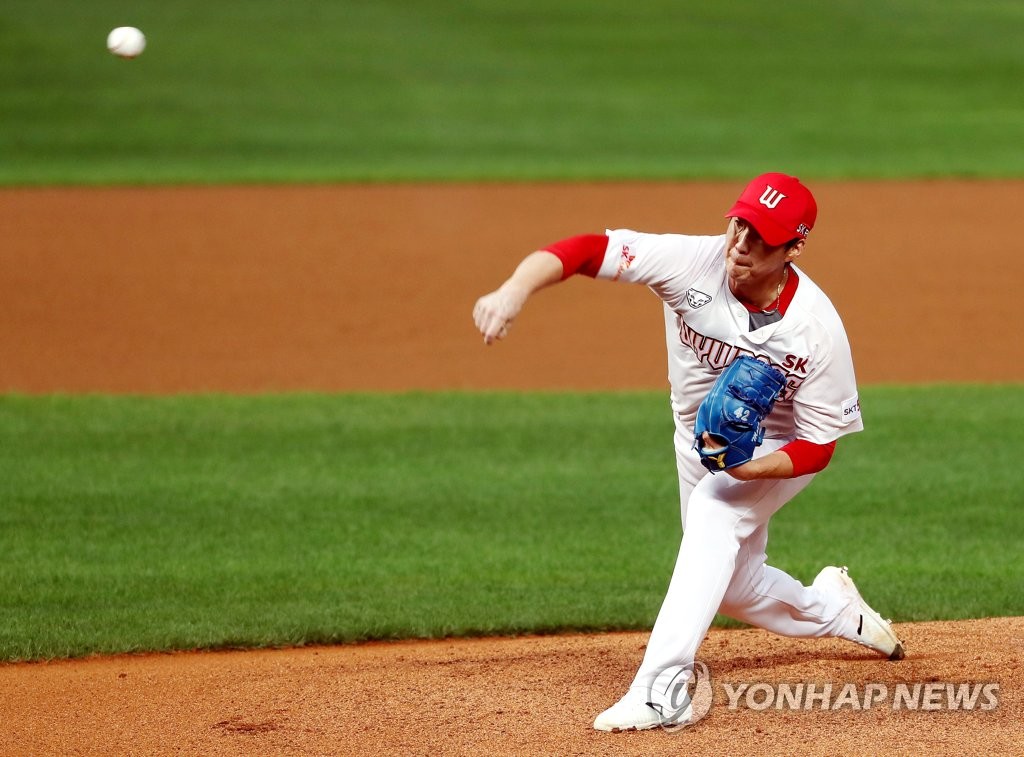 Outfielder turns season around in KBO with scorching June

Outfielder turns season around in KBO with scorching June