SEOUL, July 1 (Yonhap) -- The cast and lead crew of director Bong Joon-ho's Oscar-winning "Parasite" were invited to join the U.S. Academy of Motion Picture Arts and Sciences, according to the Hollywood film trade organization on Tuesday (local time).

The academy announced on its website that it extended invitations to 819 artists and executives "who have distinguished themselves by their contributions to theatrical motion pictures."

Choi Woo-shik, Jang Hye-jin, Jo Yeo-jeong, Lee Jung-eun and Park So-dam from the film were included in the list of new actor invitees.

South Korean director Yi Seung-jun of "In the Absence," a documentary on the 2014 Sewol ferry disaster nominated for best short documentary at this year's Oscars, and Lee Hyun-min, supervisor for Walt Disney Animation Studios' "Moana" and "Frozen 2," were also offered invitations by the academy this year.

The academy currently has some 40 South Korean members, including auteurs Park Chan-wook and Lee Chang-dong and star actor Lee Byung-hun, who joined the prestigious organization in 2016. 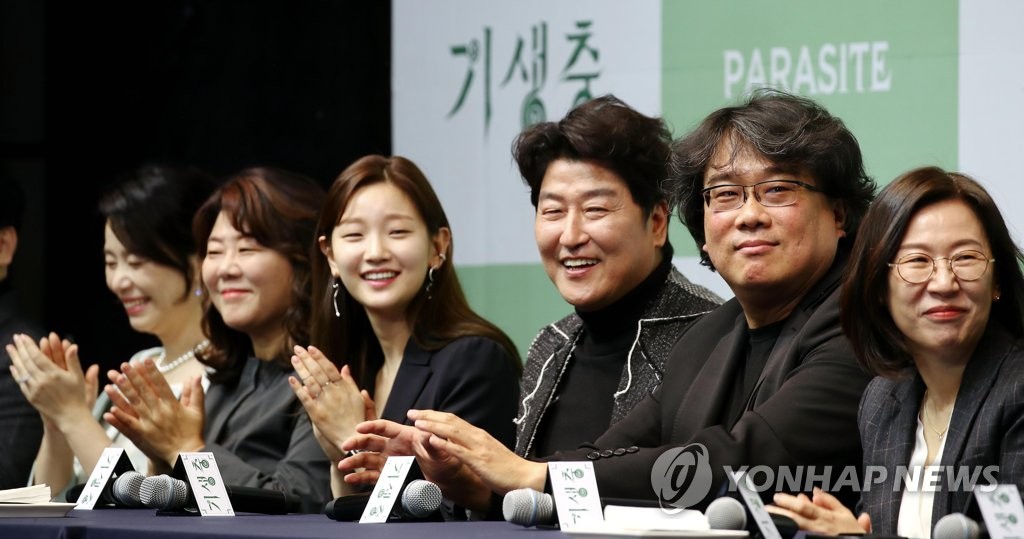