SEOUL, July 1 (Yonhap) -- Samsung Display Co., a major display panel maker in South Korea, said Wednesday it has brought in manufacturing equipment for its next-generation display as the company speeds up its migration from the liquid crystal display (LCD) business.

Samsung Display said its production equipment for quantum-dot (QD) displays has been transported to its plant in Asan, some 90 kilometers south of Seoul.

Its QD production setup is expected to be completed by the end of this year, with test operations scheduled to take place in stages next year.

A QD display is known to be using organic light-emitting diode (OLED) and its quantum-dot technologies, providing a better color gamut and energy efficiency. 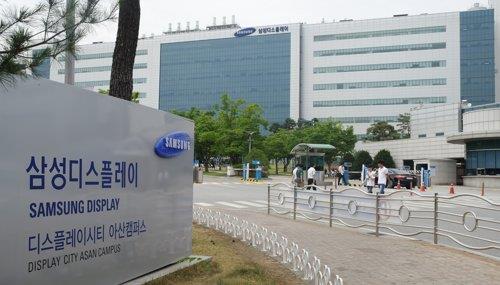 Since then, Samsung Display has been working on establishing QD production lines.

Samsung Display, an affiliate of Samsung Electronics Co., already announced that it will halt the production of LCD next year and will focus on its transition to QD display business in a move to boost its profitability and strengthen competitiveness in the display sector.

Samsung Display temporarily suspended some of its LCD production lines last year following a supply glut in the industry caused by Chinese manufacturers.