(ATTN: UPDATES throughout with more comments, details)
By Lee Chi-dong

Cheong Wa Dae has already conveyed Moon's idea to the White House in their "close communication" especially following the North's demolition of an inter-Korean liaison office in its border city of Kaesong in mid-June, according to the official.

"The U.S. side understands (Moon's position), and it's currently making efforts (for that), as far as I know," he told reporters on the condition of anonymity.

He refused to elaborate, saying it's not appropriate to make public details of such diplomatic consultations. 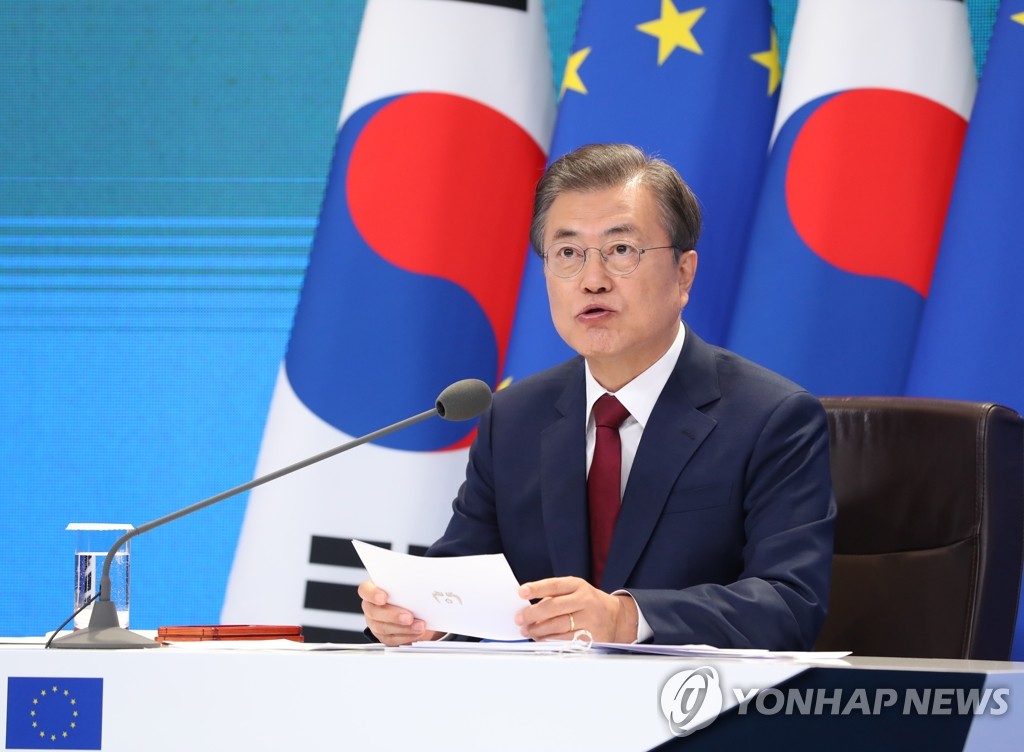 Asked about Biegun's view, the Cheong Wa Dae official just said he's "aware that there was such a news report."

Moon's offer, delivered to the White House, came as Seoul-Pyongyang ties have turned markedly chilly in recent months, with the communist nation's denuclearization talks with Washington in a protracted deadlock.

Moon, a self-styled driver or facilitator of the Korea peace process, started this year with a pledge to push for inter-Korean cooperation in a shift from his 2019 stance to wait for results from the U.S.-North Korea talks.

The Cheong Wa Dae official said, "I don't think that the big picture of resolving the nuclear problem through dialogue between North Korea and the U.S. and getting peace established on the Korean Peninsula works separately from South-North dialogue."

He added North Korea-U.S. negotiations would be a "major first stepping stone" to move forward the peace process.