SEOUL, July 2 (Yonhap) -- Returning last month from seven weeks of compulsory working from home due to the pandemic, Kim Min-ju, a 41-year-old office worker, was at a loss to find a safe place to have lunch.

Back to her office life in the busy business district of Gwanghwamun in central Seoul, she was too jittery to go back to her pre-COVID-19 lineup of favorite restaurants for lunch, which often involved a crowd of people, as well as sharing plates with others.

Now, Kim is creating a new list of preferred lunch places without such virus infection risks, including a small Korean restaurant in the neighborhood of Gwanghwamun's government office complex.

The meal there is served cafeteria-style, with one tray for each person, and the main dish, as well as small accompanying side dishes, called "banchan," is entirely for one person.

This compares with the typical sprawling Korean cuisine table setting where big and small communal dishes and pots are served simultaneously for a group of lunch mates to share.

"Eating out at times like this feels uncomfortable, as there may be asymptomatic people infected with the virus walking anywhere," Kim said.

"Here, I feel at least psychologically safe, without having to share food with others," she said.

"'Hansik' (Korean cuisine) with so many banchan that come out with the main dish can be a tricky choice in the COVID-19 era if it's not in the one-person setting," said Kim.

Conscious of customers like Kim, many restaurants are coming up with new ideas to keep meals free of virus transmission risks, an issue that Korean cuisine has long faced even before the pandemic.

In Gwanghwamun, another popular restaurant specializing in soy sauce-marinated chicken with glass noodles -- known as jjimdak, a typical Korean dish served in a big communal plate for sharing -- has recently adopted the option of single servings.

Originally the standard way of serving for the gentry class during the last Korean kingdom of Joseon (1392-1910), the one-person setting may be ideal for serving hansik in the increasingly uncertain era.

"Traditionally, Korean cuisine was served in the one-person setting, but the culture transformed in the late Joseon era into today's widely available form due largely to its convenience," said Chung Hae-kyung, a food and nutrition professor at Hoseo University.

"Now is the time that we go back to the tradition to reclaim the original one-person-based serving form, especially when lone dining and drinking are a trending topic," she noted. 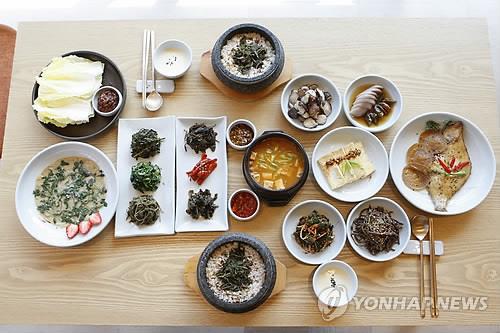 Still, abolishing communal plates entirely could destroy many positive characteristics of modern casual Korean dining, such as the wide variety of banchan that accompanies shared dishes, as well as the bonding experience one has while sharing food with others.

Many restaurateurs and experts have found a solution by providing serving tongs, extra chopsticks and spare plates.

An increasing number of restaurants in South Korea are providing kitchen tongs or clean chopsticks with each communal plate, so that dining mates can share the same dish without having to come into contact with each other's saliva.

A special individual plate dedicated to banchan is also an option that eliminates the burden of having to use a large number of banchan dishes in a one-person setting.

Having launched a campaign for "safe restaurants," the regional government of North Gyeongsang Province has recently distributed such plates to restaurants in its jurisdiction: a four-section plate that can hold four different side dishes for one person. 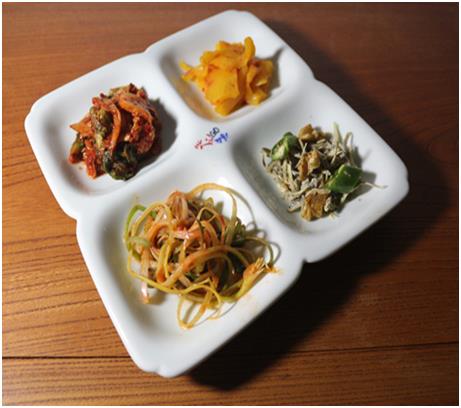 The central government has also rolled up its sleeves to help accelerate the changes to the dining culture.

"The academic circle has pinpointed sharing the same food with others and exposing cutlery to the touch of many hands as behaviors at the dining table that need to change to contain the spread of the new coronavirus," an official at the prime ministerial office's committee on food safety policy said after a committee meeting in early June.

During the meeting, the committee formulated three-point anti-virus guidelines for restaurants, requiring dividing food from the same bowl into individual portions for consumption, sanitation in the maintenance of cutlery and servers' use of protective facial masks.

In cooperation with local governments, the Ministry of Agriculture, Food and Rural Affairs is also promoting a list of some 1,500 "safe restaurants" nationwide as examples for other restaurants to follow in terms of sanitation.

"Through such efforts, the ministry hopes that both restaurant owners and consumers can rethink the way to dine for a healthier life," a ministry official said. 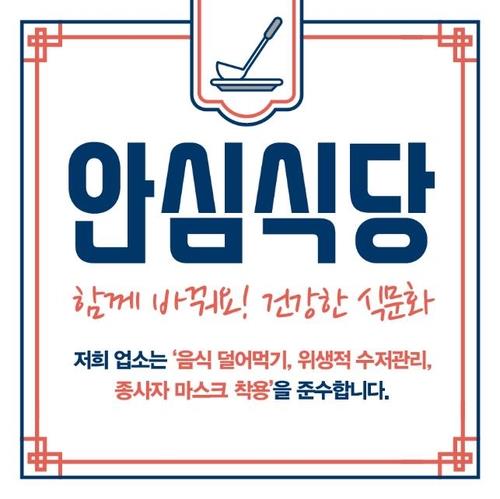