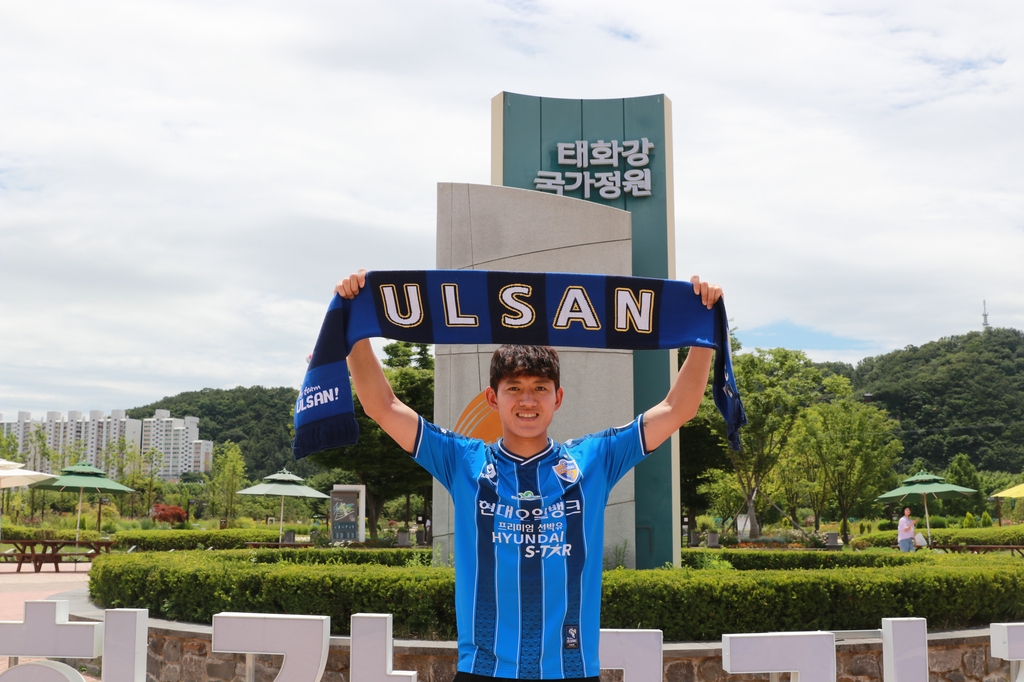 The 29-year-old left fullback has played in 272 K League matches since making his debut with Seongnam Ilhwa Chunam (currently Seongnam FC) in 2010. He has earned 30 caps with the senior national team and represented the country at the 2018 FIFA World Cup.

Hong's contract with Suwon was to run through the end of this year, but under the terms of the deal, signed following the 2018 World Cup, Hong could still be moved on a transfer fee of about 600 million won (US$498,190).

Ulsan are currently in second place in the 12-club table with six wins, two draws and one loss. Their undefeated run out of the gate was snapped last Sunday in a 2-0 loss to first-place Jeonbuk Hyundai Motors.

Ulsan are already deep in the left fullback position with the Australian international Jason Davidson and South Korean national team veteran Park Joo-ho. The club said Hong gives them more "tactical flexibility" thanks to his speed and excellence on both sides of the ball.

In particular, Ulsan will be counting on Hong to set up forwards Junior Negrao and Bjorn Johnsen with his signature crosses from the left flank. Ulsan are leading the league this season with 19 goals after nine matches.

"It's a great honor to be joining a club striving to be the best," Hong said in a statement released by the club. "I'd like to thank the club for this great opportunity. I'm looking forward to joining my new teammates and contributing to the club's success."