SEOUL, July 1 (Yonhap) -- South Korea will provide US$13 million in humanitarian aid this year to support Syrian refugees and migrants amid the coronavirus pandemic, the foreign ministry said Wednesday.

Ham Sang-wook, deputy foreign minister for multilateral and global affairs, made the announcement during a virtual session late Tuesday of the Fourth Brussels Conference on Supporting the Future of Syria and the Region, co-hosted by the European Union and the United Nations, the ministry said.

The pledged contribution comes in response to a U.N.-led initiative aimed at bolstering international support for refugees and migrants from Syria, a country long suffering from the ongoing civil war.

The U.N. office in charge of humanitarian assistance has called for $3.3 billion to be collected from the international community as aid for Syria and neighboring Lebanon, Jordan and Turkey, for this year.

In Tuesday's meeting, Ham promised that South Korea will continue to take part in helping Syria cope with the humanitarian crisis as well as the COVID-19 pandemic.

Since 2012, South Korea has provided a total of $76.5 million in humanitarian aid for Syria and the three neighboring countries, according to the ministry. 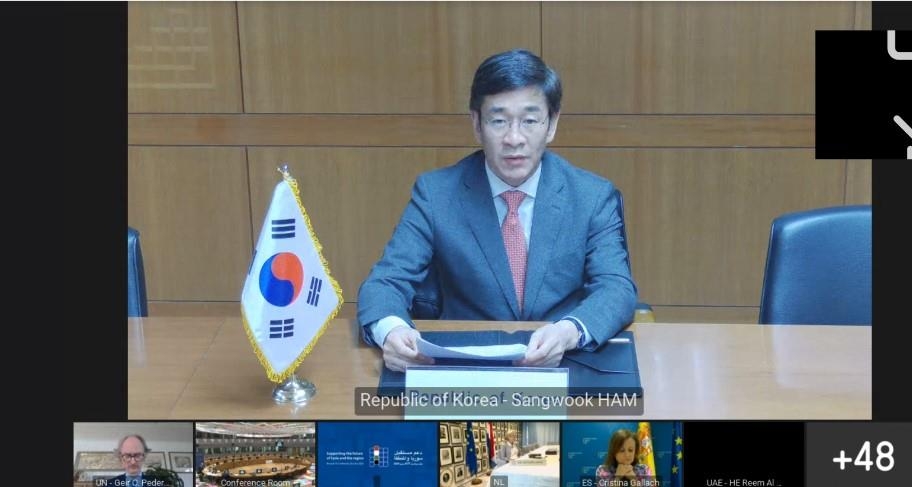 S. Korea to provide US$13 mln in aid for Syrian refugees this year

S. Korea to provide US$13 mln in aid for Syrian refugees this year