SEOUL, July 1 (Yonhap) -- South Korea's health authorities said Wednesday that they will keep close tabs on a new type of swine flu that reportedly could trigger a possible pandemic among humans.

Chinese researchers recently discovered a new strain of swine flu, named G4, and warned that it could become an infectious disease that could be passed on to humans. Their study was published in the U.S. science journal Proceedings of the National Academy of Sciences (PANS).

South Korea's central disease control headquarter said although the new swine flu does not appear to be an imminent threat at the moment, it will closely look into the virus to prevent the possible spread.

"There is no clear evidence that this virus can be transmitted between humans," said Han Myung-guk, who leads the testing analysis team at the central disease control headquarter. "But since the research indicated the possibility of humans contracting the virus from pigs, there needs to be close monitoring of the disease." 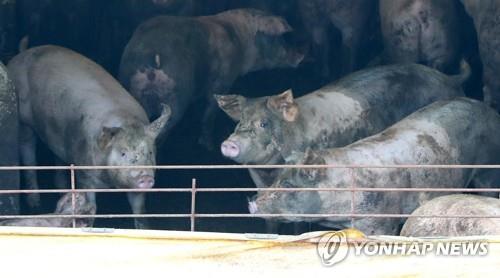