SEOUL, July 1 (Yonhap) -- President Moon Jae-in has long been awaiting a chance to deliver a speech in front of the newly elected lawmakers, making changes to its text several times due to the continued paralysis in the National Assembly's operation, a Cheong Wa Dae official said Wednesday.

His comments represent an answer to repeated questions from reporters on whether or when Moon will visit the parliament for the speech and also apparent pressure on lawmakers to normalize its operation as early as possible.

The lawmakers began their four-year term at the end of May, and Moon was supposed to address the opening of the new parliament on June 5.

He prepared a "lengthy" speech to last more than half an hour on the government's response to the COVID-19 crisis and plan on the Korean version of the New Deal, the official told reporters on the customary condition of anonymity.

However, he has had no opportunity to deliver it amid drawn-out partisan strife. The main opposition United Future Party is effectively boycotting all parliamentary activities in protest against the ruling Democratic Party's (DP) unilateral selection of its senior member as head of the Legislation & Judiciary Committee, a powerful gatekeeper of all bills before they are voted on in a full session. The DP holds 176 seats in the 300-member parliament. 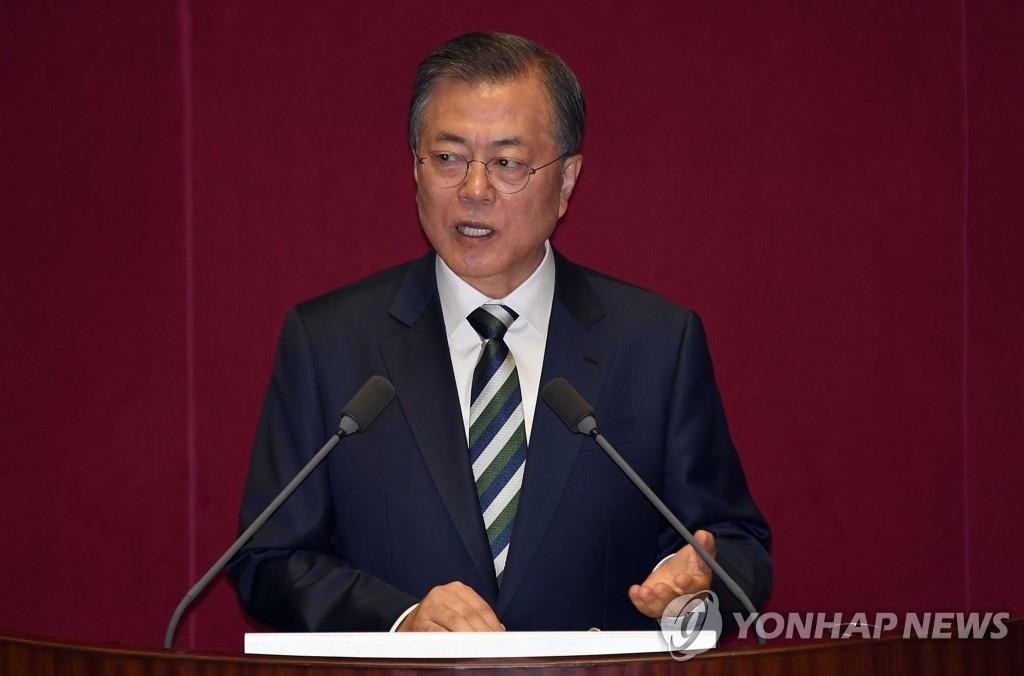 The Cheong Wa Dae official said Moon has rewritten the text of his parliamentary speech, the schedule for which remains murky, three times.

With big or small changes included, he has updated it a total of eight times over the past three weeks, he added.

"I think it's not that easy a thing for the president to offer congratulations on the opening of the National Assembly," the official said.

Moon set for parliamentary speech, still no call from lawmakers

Moon set for parliamentary speech, still no call from lawmakers