SEOUL, July 1 (Yonhap) -- South Koreans used over 82 percent of the 9.61 trillion won (US$7.98 billion) worth of emergency disaster relief funds provided by the government in just one month, the interior ministry said Wednesday.

Seoul started receiving requests for the relief funds on May 11, with people allowed to spend the money, offered in the form of credit and debit card points, the following day, the Ministry of the Interior and Safety said.

The money has been handed out to prop up consumer spending and bolster the local economy that has been hard hit by the ongoing coronavirus pandemic.

The ministry said that as of June 14, 7.92 trillion won of the funds given to households had been used, even though they have till the end of August to spend the money.

It said 25.5 percent of the money, or 2.02 trillion won, was spent at neighborhood supermarkets and shops to buy groceries. This was followed by 1.93 trillion won spent at restaurants and eateries and 844.2 billion won at hospitals and clinics. People also used the extra cash at gas stations, to purchase clothes and for education purposes, the latest findings showed. 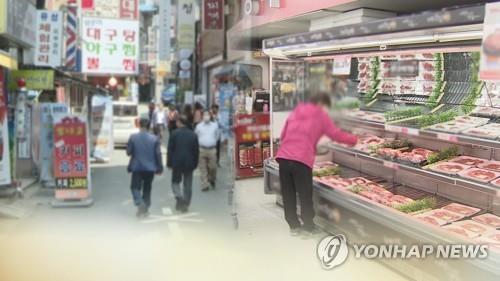 S. Koreans used over 82 pct of state emergency relief funds in one month

S. Koreans used over 82 pct of state emergency relief funds in one month