SEOUL, July 2 (Yonhap) -- Samsung Electronics Co. dominated the global market for smartphone memory chips in the first quarter of the year, a report showed Thursday, despite the industry's overall decline in revenue.

In terms of revenue, Samsung maintained its top position in the smartphone memory market with a 50 percent share in the January-March period, according to a report from industry tracker Strategy Analytics.

By sector, Samsung had a revenue share of 55 percent in the smartphone DRAM market in the first quarter, followed by SK hynix with 25 percent and Micron with 19 percent, according to the report. 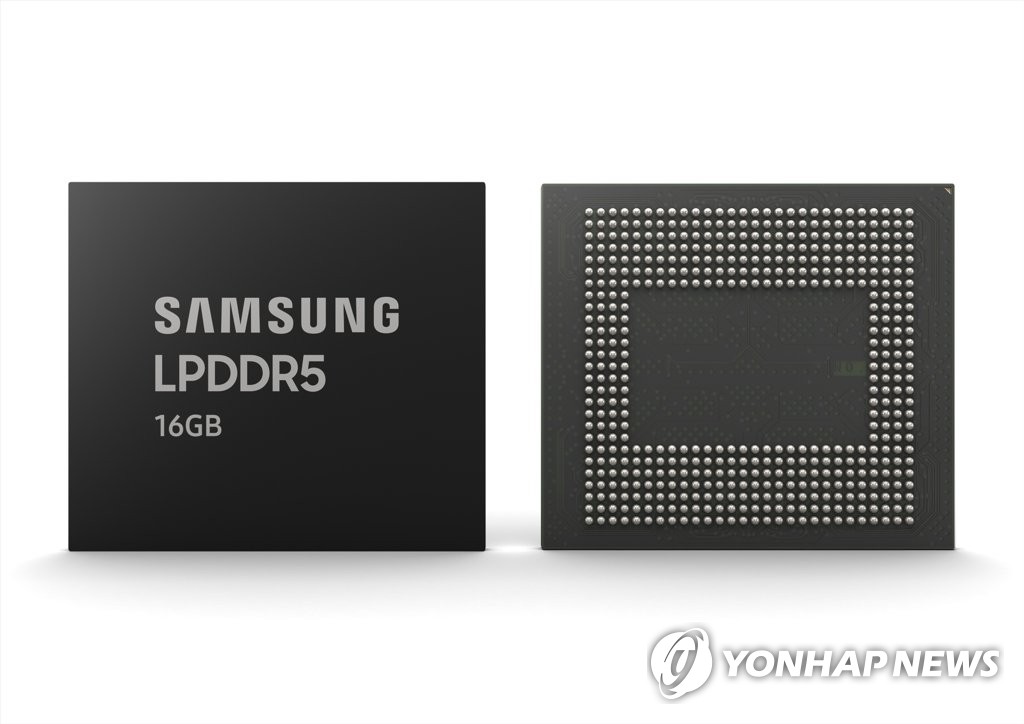 In the smartphone NAND flash market, Samsung registered a revenue share of 44 percent, followed by Japan's Kioxia Holdings Corp. with 21 percent and SK hynix with 16 percent, the report showed.

In the first quarter, the global market for smartphone memory chips had a combined revenue of US$9.4 billion, according to Strategy Analytics.

""The smartphone memory market experienced only a modest decline in revenue as the memory chip market rebounded from previous levels of decline owing to the correction of inventory and early chip orders from customers in order to manage future COVID-19 disruptions," it said.

Strategy Analytics predicted that the market will continue to face challenges sparked by the COVID-19 pandemic, but the demand for high-density memory chips featuring universal flash storage 3.0 and low power double data rate 5 solutions appears to be "upbeat."