SEOUL, July 2 (Yonhap) -- President Moon Jae-in's approval rating has declined to below 50 percent for the first time in three months, a poll showed Thursday, amid public outcry over the authorities' handling of the irregular worker issue and soaring housing prices especially in Seoul.

In a three-day phone survey of 1,507 people nationwide, aged 18 or older, through Wednesday, his approval dropped 3.9 percentage points from last week to 49.4 percent, according to Realmeter.

It was the lowest since recording 49.3 percent in the third week of March.

Realmeter pointed to news reports on major issues including the Incheon International Airport Corp.'s plan to grant regular employment status to more than 1,900 contract and part-time security officers working at its facilities. 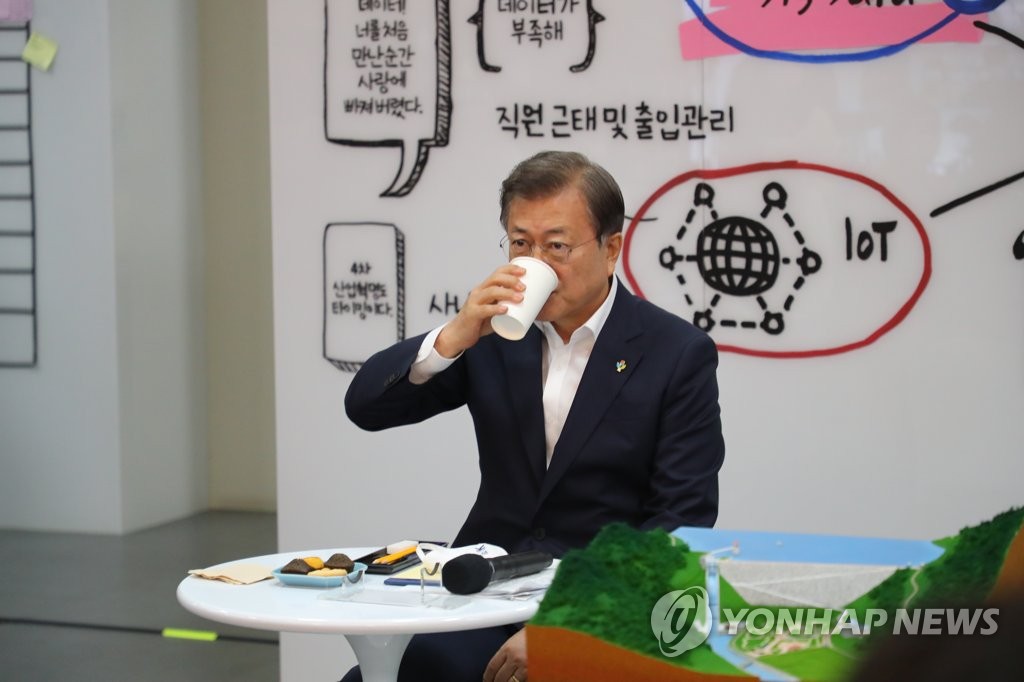 The move is in line with the left-leaning Moon administration's push for a "zero irregular job" era, which the president declared during a visit to the airport, located just west of Seoul, a couple of days after his inauguration in May 2017. Many young job seekers have lodged a strong complaint against the airport's plan, which they view as unfair.

Apartment prices in the Seoul capital area, home to half of South Korea's population of 52 million, have also continued to surge in spite of the government's repeated tough measures to cool down the real estate market.