"The most critical thing is that the U.S. is badgering Chinese socialism, calling it a dictatorship and completely denying the regime... China-U.S. relations are shifting into an all-out confrontation," the Rodong Sinmun said.

"We fully support the Chinese in their fight," it said, adding that U.S. pressure against China is doomed to fail. "As the U.S. is pressuring China from all sides, the relationship between China and the U.S. is deteriorating unprecedentedly."

The paper cited a series of actions Washington has taken, including the Senate's passing of the Hong Kong Autonomy Act, a bill that imposes sanctions on Chinese officials and companies, in retaliation against Hong Kong's security law.

Earlier this week, China's parliament passed the new security law designed to prohibit subversion, secession or treason, a move that critics fear could allow Beijing to bolster censorship in Hong Kong and take control over the territory.

China is the North's last major ally and a key provider of food and fuel. 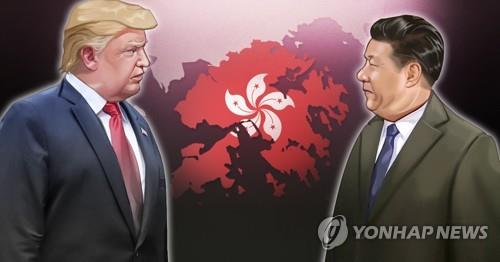