SEOUL, July 2 (Yonhap) -- The Catholic archdiocese in the southwestern city of Gwangju has decided to put off public masses due to a recent resurgence in novel coronavirus infections in the region.

"As part of concerted efforts to prevent further infections and join the government-led precautionary measures, the diocese will suspend Masses and gatherings in parishes and institutions within Gwangju until second-level social distancing ends," the Catholic Archdiocese of Gwangju said in a message posted online on Wednesday.

Churches outside Gwangju city are allowed to conduct Masses, but other events are barred, it added.

Instead, it will provide online Masses on its YouTube channel and on the radio starting from Friday.

Earlier, the Gwangju metropolitan government strengthened social distancing guidelines to Level 2 out of the three-grade system as more than 30 infections have been reported in the city with a population of 1.5 million over the last few days.

Consequently, indoor gatherings of 50 people or more and outdoor events of 100 people or more are banned, while public facilities including galleries, museums and libraries will be closed until July 15.

The Gwangju archdiocese resumed public Masses on May 6 months after it suspended them on Feb. 22 in the midst of the first phase of the COVID-19 pandemic in South Korea.

The archdiocese, covering Gwangju and its adjacent region of South Jeolla Province, has 140 churches under its jurisdiction, with 363,000 followers as of December 2018. 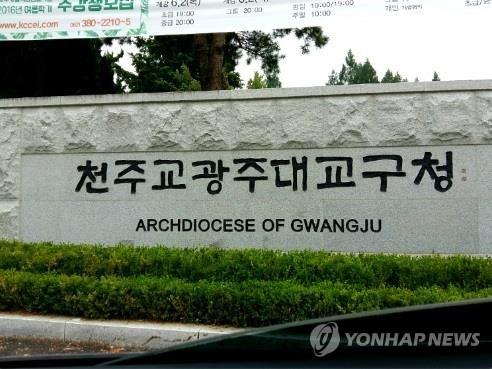