SK hynix said it started full-scale production of its HBM2E DRAM product, 10 months after it announced the development of the new DRAM chip.

HBM2E offers "the fastest DRAM solution in the industry," according to the company, as it is able to transmit 124 full-HD movies per second. 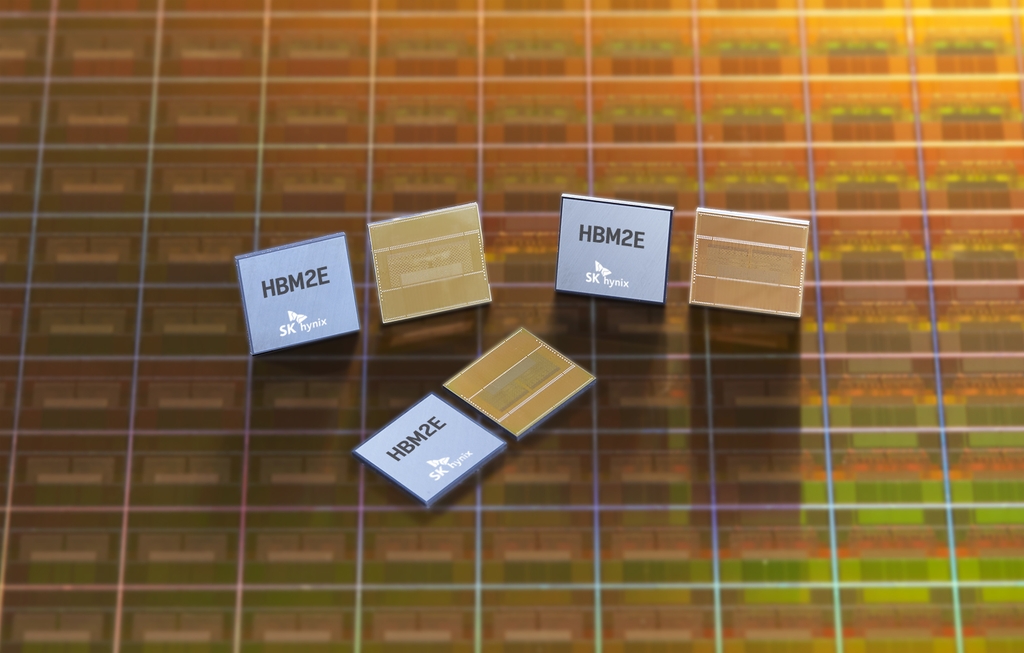 SK hynix said it also expects the chip to be applied to the Exascale supercomputer -- an advanced computing system that can perform calculations a quintillion times per second.

The HBM2E supports over 460 gigabytes (GB) per second of bandwidth based on 3.6 gigabits per second in speed performance per pin, according to SK hynix.

Using through silicon via (TSV) technology, a maximum of eight 16-gigabit chips are vertically stacked and provide a single, dense package of 16 GB data capacity, more than double from its previous generation HBM2.

SK hynix was the world's second-largest DRAM producer with a 29.3 percent market share in the first quarter of the year, only behind Samsung Electronics Co., according to data from market researcher TrendForce.