SEOUL, July 2 (Yonhap) -- The election race for the ruling Democratic Party leadership is expected to begin soon as the formation of the new parliament was wrapped up after many complications.

With about two months left before the election, four party members, including former Prime Minister Rep. Lee Nak-yon, are expected to announce their candidacies next week.

The election, set for Aug. 29, gives the winner the helm of the party, which controls an unusually big share of 176 out of the 300 parliamentary seats. Once in the two-year-term chairmanship, the winner is likely to steer the party through the next presidential election scheduled for March 2022.

After a monthlong standstill of the National Assembly, the DP used its majority to finish taking all but one of the 18 standing committee chairman seats during a plenary session boycotted by opposition parties Monday.

The chairmanship of the Intelligence Committee was left vacant pending approval by deputy speakers from both the ruling and main opposition party. The seat is also on course to go to the DP after the main opposition United Future Party (UFP) refused to take any chairman posts.

The first to officially join the election race is likely to be Lee, President Moon Jae-in's first prime minister, who is currently leading the public poll of most favored presidential candidates.

Meeting with reporters at the National Assembly a day earlier, Lee said he will "announce a future plan around next Tuesday," gearing up to declare his official election bid.

Touching on his motivation to run for party chairmanship, Lee said "I have been determined to react to a national crisis situation in a responsible manner.

"I am (not in a position) to look away from the mission to run the unprecedentedly giant ruling party in a responsible manner," Lee also noted. 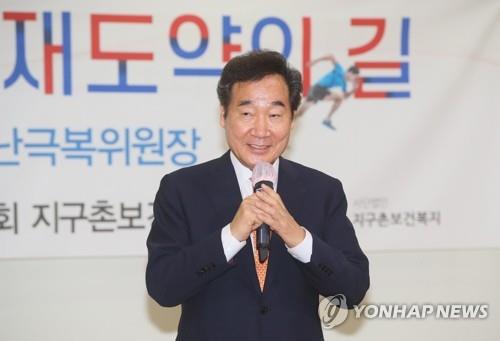 Lee's official election bid next week may be shortly followed by another party heavyweight, Kim Boo-kyum, who is planning to make his candidacy public the same week.

"I plan to announce (the plan) next week. ... The vision (for the candidacy) must be a country and a political party that takes responsibility in taking care of the people's lives," Kim told reporters Wednesday. Kim lost his constituency in Daegu in the previous general elections in April.

A key contentious point for the party leadership race, especially between the two party heavyweights, Lee and Kim, is likely to be Lee's ambition to run in the next presidential election.

Under the party rule, Lee, if elected, is required to step down as the party chairman next March in order to join the race to become the next president.

Conscious of the problem, Kim pledged last month not to run in the next presidential election so that he can serve the entire two-year term if he is elected DP chairman.

Woo and Hong have also claimed that anyone planning a presidential election bid need to refrain from the party election because "The party race could become a preelection for the presidental race."

The official registration for the party leadership election is on course to start July 22, and the DP will hold a preelection to pick the final three candidates if four or more candidates compete. 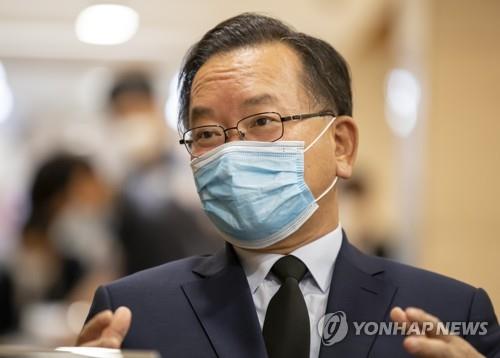