Lee's trip came shortly after the North blew up an inter-Korean liaison office, and Kim Yo-jong, sister of North Korean leader Kim Jong-un, strongly criticized the South for failing to pursue inter-Korean cooperation independently of the U.S. while citing the "working group" as a key example of such "deep-rooted flunkeyism."

"The foreign ministry, as well as the United States, assesses that the working group has operated fairly effectively, but we are also aware of domestic concerns about it," Kang said during a press conference.

"I was briefed that we shared such concerns with the U.S. and discussed how to improve its operation so as to dispel such concerns" when the nuclear envoy, Lee, visited Washington, she added. 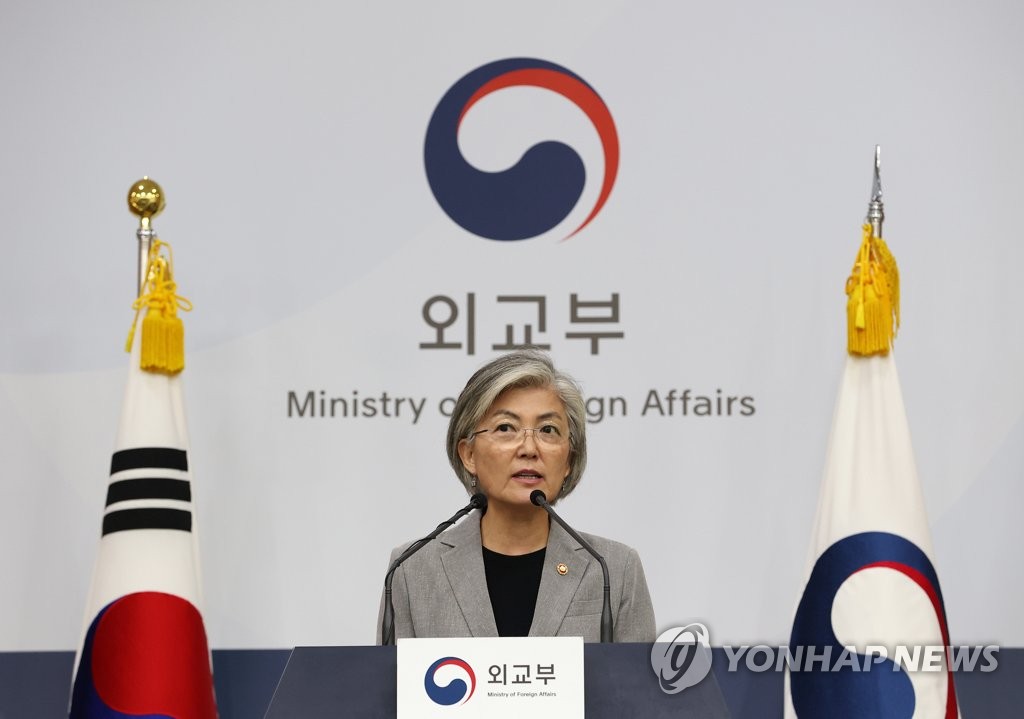