More than 60 new virus cases related to churches have been confirmed in Seoul and two nearby cities of Anyang and Suwon as of Thursday, according to health authorities.

"We request churches consider canceling, downsizing or postponing all summer events, including bible schools, camps and revival meetings at prayer houses, at the planning stage," the United Christian Churches of Korea and the National Council of Churches in Korea said in a joint news conference in Seoul.

The two organizations represent about 95 percent of Protestants in the country. 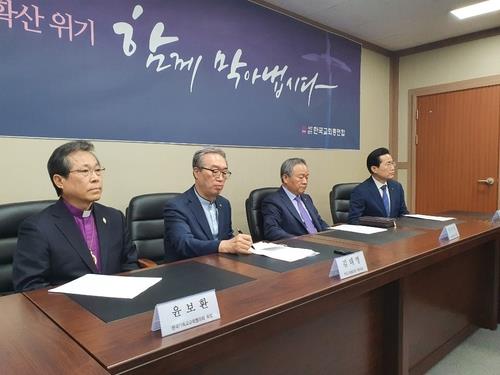 "Scores of new confirmed cases are still emerging everyday while infections are spreading from a few churches," they said. "We should pay attention to the fact that infections have arisen from small gatherings of believers, rather than Sunday services."

In case summer events are inevitably held, the groups recommended their organizers have participants spend minimum time together and refrain from providing meals and lodging.

Church groups call for suspension of summer events amid pandemic

Church groups call for suspension of summer events amid pandemic