Protesting against the ruling Democratic Party's (DP) unilateral formation of parliamentary standing committees since early June, the main opposition United Future Party (UFP) has been boycotting the assembly's plenary session votes as well as the review of an extra budget bill.

While the UFP has stayed away from the chamber, the DP, controlling 176 of the 300 parliamentary seats, took the chairman posts of all but one of the 18 parliamentary standing committees and passed an extra budget bill through some of the committees.

"The return is likely to be around (next Monday), but the detailed date will be fixed in consideration of the situation," Joo said.

Earlier this week, the chamber's 16 committees, all chaired by DP lawmakers, approved the bill in a review process boycotted by the UFP.

The bill is currently pending at the Special Committee on Budget and Accounts, and the DP is planning to win final approval from a plenary National Assembly session by Friday.

Elaborating on the UFP's return plans, interim party leader Kim Chong-in indicated that the decision is intended to fulfill his party's duty as a watchdog.

"We are in a situation where the DP monopolizes standing committee chairman seats. We don't need to talk about further reasons (to come back to the chamber) after we pledged to do our part as the (main) opposition party," Kim said.

Kim also hinted that the UFP may not join the passage of the extra bill, saying that, "(We) may be unable to sufficiently review the bill at a time when (the DP) is trying to pass it by Friday."

Even barring the new budget bill, a number of contentious issues are awaiting intense bipartisan debate, including the process to formally launch an envisioned high-profile investigative body dedicated to probing ranking public officials as well as the DP's push to pass a bill that criminalizes cross-border leafleting campaigns from the regions near the military demarcation line. 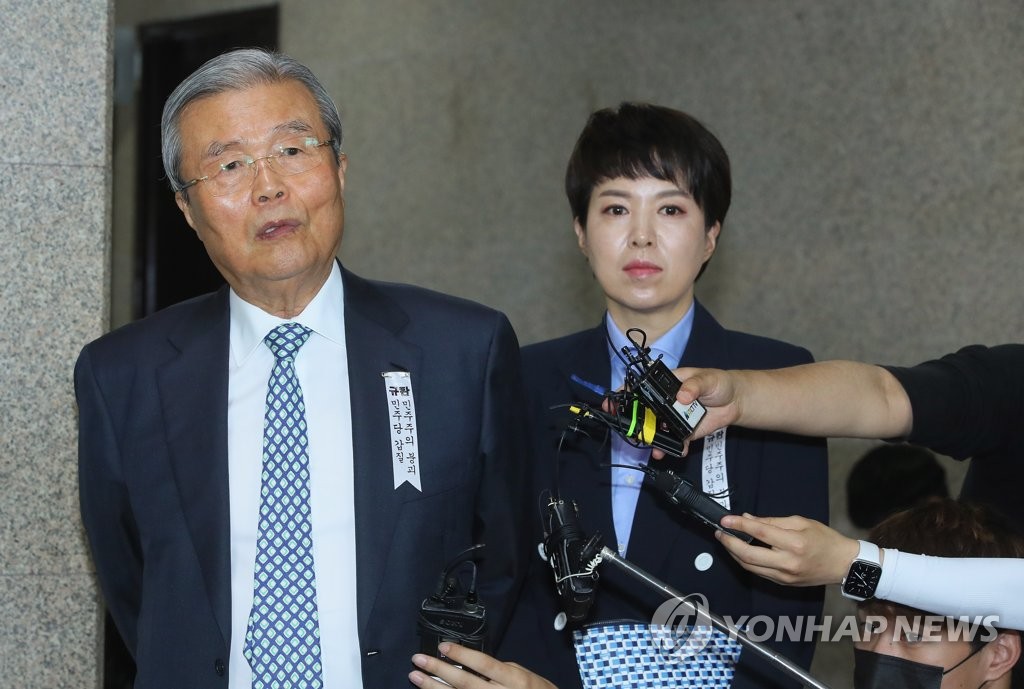