SEOUL, July 2 (Yonhap) -- President Moon Jae-in instructed his aides Thursday to push urgently for legislation on imposing more taxes on property ownership, especially on those with high-priced or multiple apartments, as his government has come under ferocious public criticism over unrelenting hikes in housing prices in Seoul and its adjacent cities.

The president is scheduled to receive a related emergency briefing from Land Minister Kim Hyun-mee later in the day, Kang said.

Moon has already issued an order for his aides to review ways to get a revision bill on property ownership taxes as a "task of the highest priority" in the current National Assembly, Kang added.

Last December, the Moon administration announced a set of tough measures aimed at cooling the real estate market, including the introduction of legislation on jacking up property taxes, which targets luxury or multiple house owners largely in the densely populated Seoul capital area. 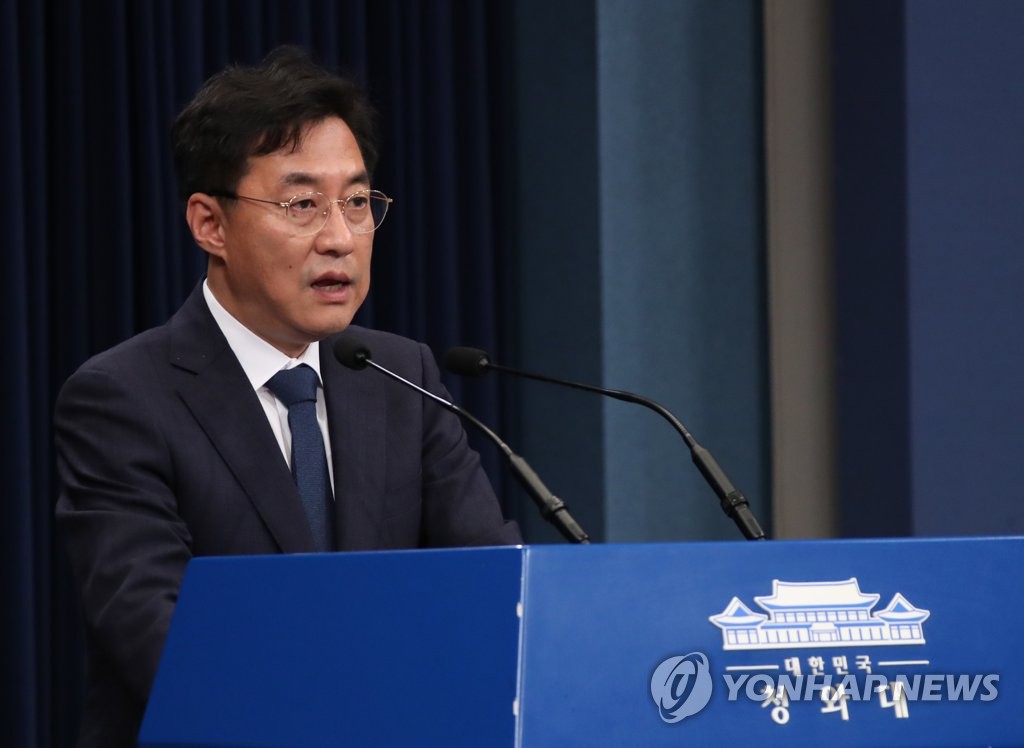 Cheong Wa Dae, meanwhile, "strongly advised" its officials with the rank of secretary to sell any additional homes they own.

The presidential chief of staff, Noh Young-min, has decided to sell a house in his hometown Cheongju, North Chungcheong Province, within this month, a Cheong Wa Dae official said. Noh has an apartment in a wealthy neighborhood in southern Seoul as well.