SEOUL, July 2 (Yonhap) -- The Korean National Police Agency (KNPA) said Thursday it will intensively crack down on possessors of digital sexual abuse materials toward the end of the year.

The KNPA also said it will reinforce its investigative capabilities in the second half to arrest fugitives wanted for being involved in various sex trafficking rings that have mainly operated on group chat rooms of the Telegram messenger service by sexually exploiting women and young girls.

The top police agency announced its second-half priorities marking the 100th day after the establishment of a special investigation bureau on digital sex crimes under the KNPA on March 25. The special investigation bureau was launched after the nation was shocked by a string of Telegram sexual exploitation cases, including the so-called Baksabang scandal, in which dozens of women and girls were blackmailed into providing their sexual videos and photos to a pay-to-view Telegram chat room. 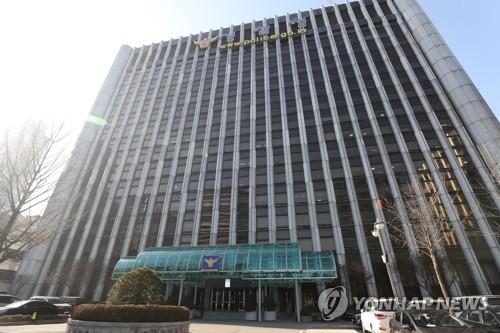 The police agency said it will detain all possessors of digital sexual abuse materials, including paying members of sex abuse chat rooms, in accordance with the people's wishes.

The KNPA's special digital sex crimes unit has detained 1,414 people involved in 1,112 digital sex offenses and put 145 of them under formal arrest since its establishment in March, the agency noted.

It added 666 suspects involved in 384 digital sex crimes have been transferred to the prosecution with an opinion of indictment and another 748 suspects from 728 cases are still under investigation.

The 1,414 detainees included 281 operators and producers of digital sex abuse materials, 474 distributors and 626 possessors, it said, adding most of the suspects are men and most of the victims are women.