SEOUL, July 2 (Yonhap) -- The upcoming action drama "Steel Rain 2: Summit" is intended to give a clear window into geopolitics on the Korean Peninsula through the fictional setting of tripartite summit talks in a closed space, the film's director said Thursday.

"Since the end of the Cold War, the Korean Peninsula has been in danger for about 30 years," director Yang Woo-seok said in a press conference streamed online. "The setting of this film will show us that the two Koreas can neither end this state of war nor build a peace regime by themselves." 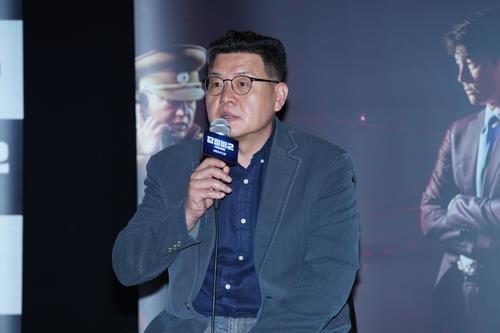 It is a sequel to Yang's 2017 political action thriller "Steel Rain," about a North Korean spy agent who defects to the South after becoming a target of an attack from opposing forces in the North's military leadership.

But "Steel Rain 2" does not continue the storyline and characters of its predecessor, even though its lead actors of Jung and Kwak star in both films. Jung was a North Korean agent in the 2017 film, and Kwak played a South Korean official.

Director Yang, who worked on the original web comic trilogy "Steel Rain" from 2011, said the two films share their universe and main ideas, calling the latter a complementary sequel.

"I've cast the same actors, but they changed their roles, especially their sides. But there were few changes in the other cast members for China, Japan and the U.S.," said Yang, who directed the hit biographical movie "The Attorney" (2013), which attracted 11 million admissions.

"It suggests that the current regional dynamics will remain the same even though South and North Korea change their approaches, as external factors decide geopolitics in the region," he noted.

As the leaders of three countries are confined in a small cabin in a submarine, the real tripartite summit begins there.

"There have been several inter-Korean and North Korea-U.S. summits so far, and news reports have only shown us preparations before the summits and press conferences after them. We've never seen the actual talks," Yang said. "Our film streams the summit talks of three countries from the beginning to end." 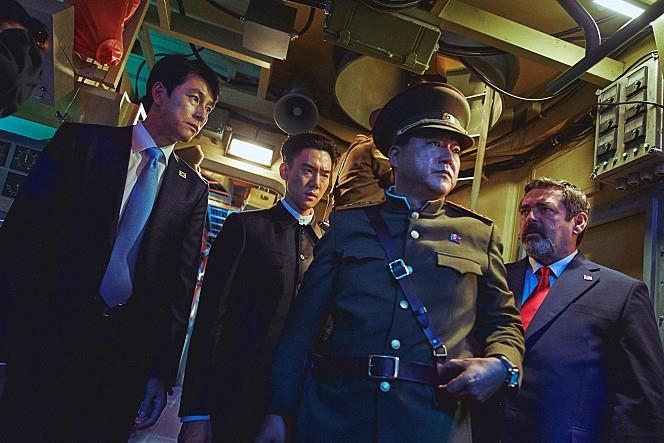 The actor Jung said he needed time to determine to join "Steel Rain 2" as a South Korean president who participates in the unprecedented tripartite summit.

"The second movie sees the Korean Peninsula from a cool-headed point of view," the 47-year-old actor said. "I studied a lot about the history of inter-Korean summits and presidents. I had to imagine what the leaders thought of the future and the Korean Peninsula and how they led the summits."

Yoo, whose character looks far different from the North Korean leader in the real world in appearance, said he tried to create a leader who feels great pressure to retain the regime against regional superpowers.

"I was first reluctant to take the role because I couldn't imagine playing a North Korean leader," he said. "The film features geopolitical situations in a realistic way, but it's fiction so I can create my own character."

Keywords
#Steel Rain 2: Summit
Issue Keywords
Most Liked
Most Saved
Most Viewed All Categories
Most Viewed More
Most Viewed Photos