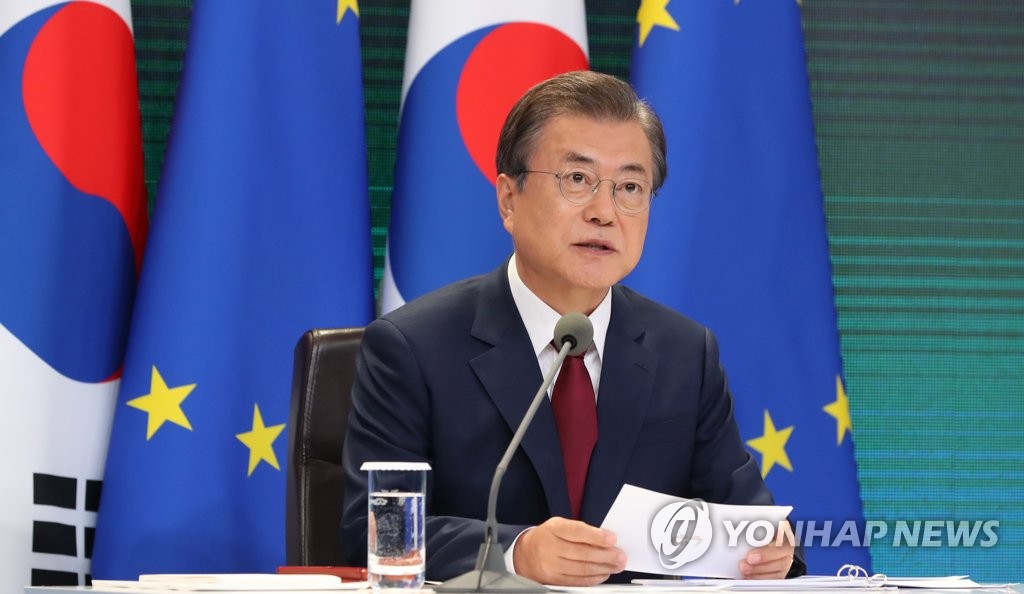 Moon asked for the EU's "interest and cooperation" so that South Korea's exports of packaged ready-to-eat samgyetang can be allowed at an early date.

Samgyetang is a traditional soup made with a whole young chicken stuffed with ginseng, sticky rice and garlic.

The EU is in the process of revising relevant import rules, which is "in the final stage, with only a vote by member states left," Yoon said.

The livestock product sanitation issue used to be a major sticking point in negotiations between the two sides, but South Korea has addressed the problem, he added.

Moon also expressed hope that the EU will take the lead in strengthening the free trade system by ending its steel import curbs, known as "safeguards," in June next year as scheduled, Yoon said.

The EU has levied a 25 percent duty on some imported steel products in excess of its quotas since early 2019. 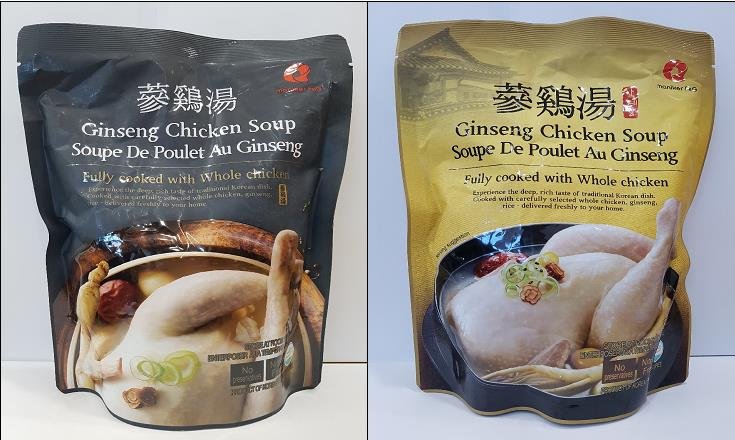