SEOUL, July 2 (Yonhap) -- Samsung Electronics Co. said Thursday it has temporarily suspended a refrigerator production line in South Korea after one worker from its subcontractor was suspected to have come in contact with a virus patient.

Samsung said it halted refrigerator production at its plant in Gwangju, some 330 kilometers southwest of Seoul,

The company plans to shut down the refrigerator production line until Friday morning while waiting for the worker's test result.

Samsung, however, said its air conditioner production line at the plant is operating as normal.

Meanwhile, Samsung SDS Co., an IT service unit of Samsung Group, closed its office building in Seoul on Thursday after one of its workers tested positive for COVID-19. 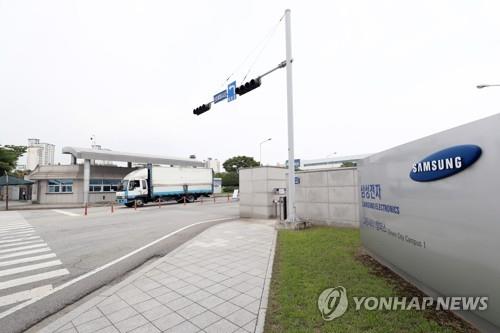