SEOUL, July 2 (Yonhap) -- A rare mother-of-pearl lacquerware box from the Goryeo Dynasty (918-1392), known as one of three of its kind remaining in the world, was revealed Thursday after being brought back from Japan.

The Cultural Heritage Administration (CHA) held a media event for the small najeon chilgi box, 10 centimeters wide and weighing 50 grams, at the National Palace Museum of Korea in central Seoul.

Lacquerware with inlaid mother-of-pearl is called najeon chilgi in Korean. 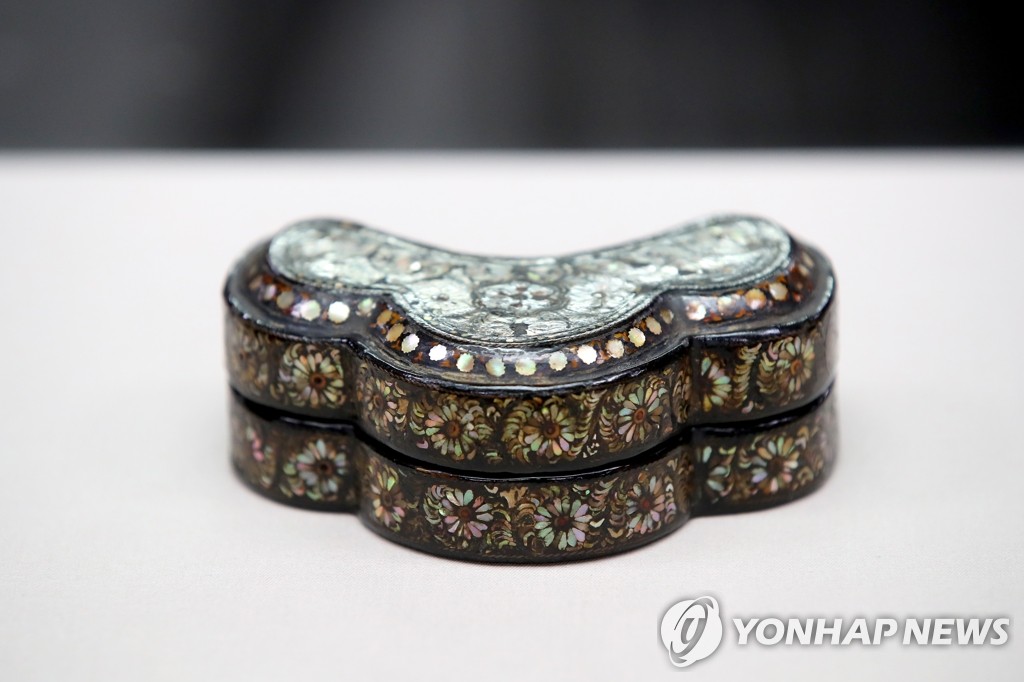 Covered with detailed patterns of chrysanthemum petals and vines made with mother-of-pearl, or nacre, the box is known to be one of three remaining Goryeo-era nacre lacquerware boxes that remain intact. Two others are preserved at the National Museum of Korea.

Around 20 Goryeo mother-of-pearl lacquerwares are known to exist today, with most of them scattered in museums in the United States or Japan.

The antique artifact unveiled Thursday was purchased from a private collector in Japan in December of last year through the Overseas Korean Cultural Heritage Foundation.

Although the decorative technique using the sparkly mother-of-pearl has been used all around the world, it was in East Asia that the technique was developed to what is known today as the najeon technique.

Najeon-styled lacquerware was also produced in China and Japan, but it was especially popular in Korea. 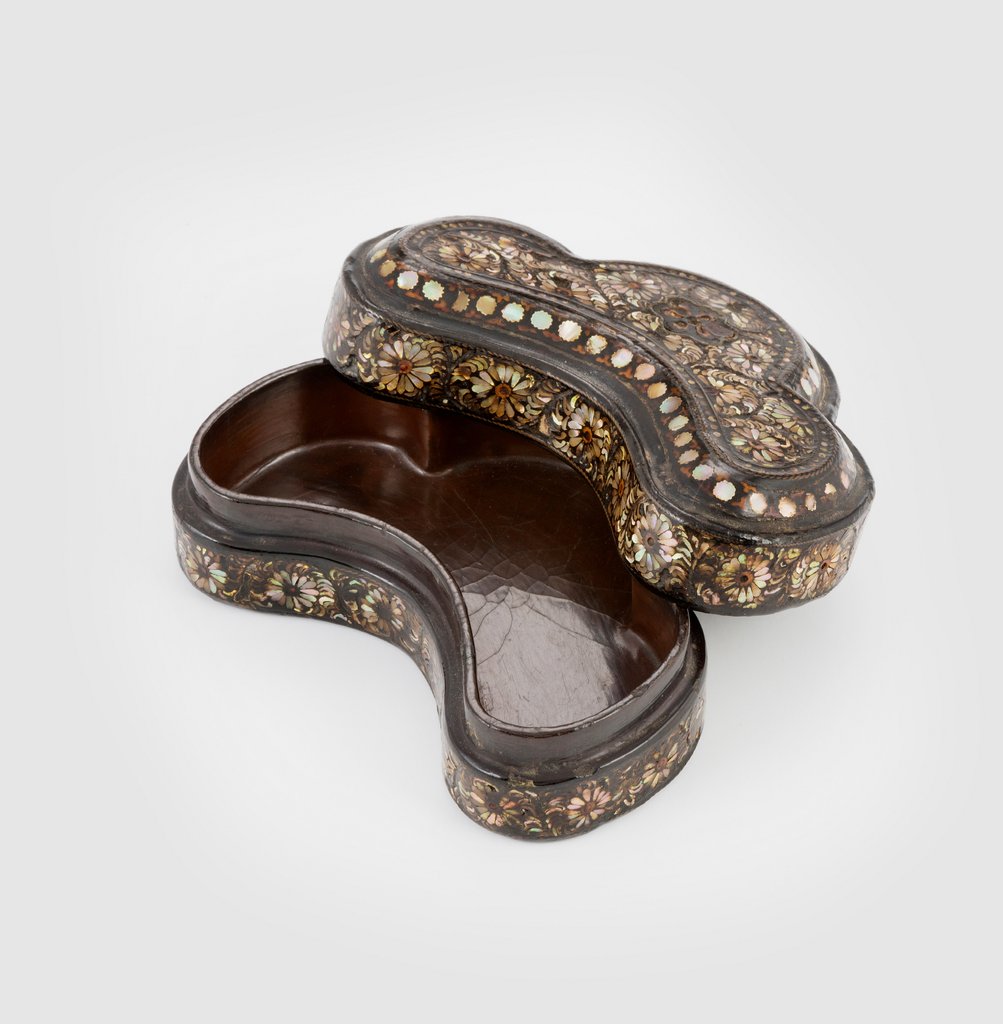 CHA explained that the box was originally part of a set of nested boxes. Only three boxes from the original set have survived intact, with the two intact ones remaining in possession of the Japanese collector.

Other materials applied on the box include abalone and tortoiseshell and metal wire inlays.

According to CHA, the chrysanthemum decoration at the center of the lid features tortoiseshell ground extremely flat, to the point of being transparent enough to reflect the colors painted on the opposite side -- a key artistic trait of Goryeo mother-of-pearl-inlaid lacquerware. The edges of the lid are densely decorated with pearl design patterns.

The returned mother-of-pearl lacquerware will be transferred to the National Museum of Korea. 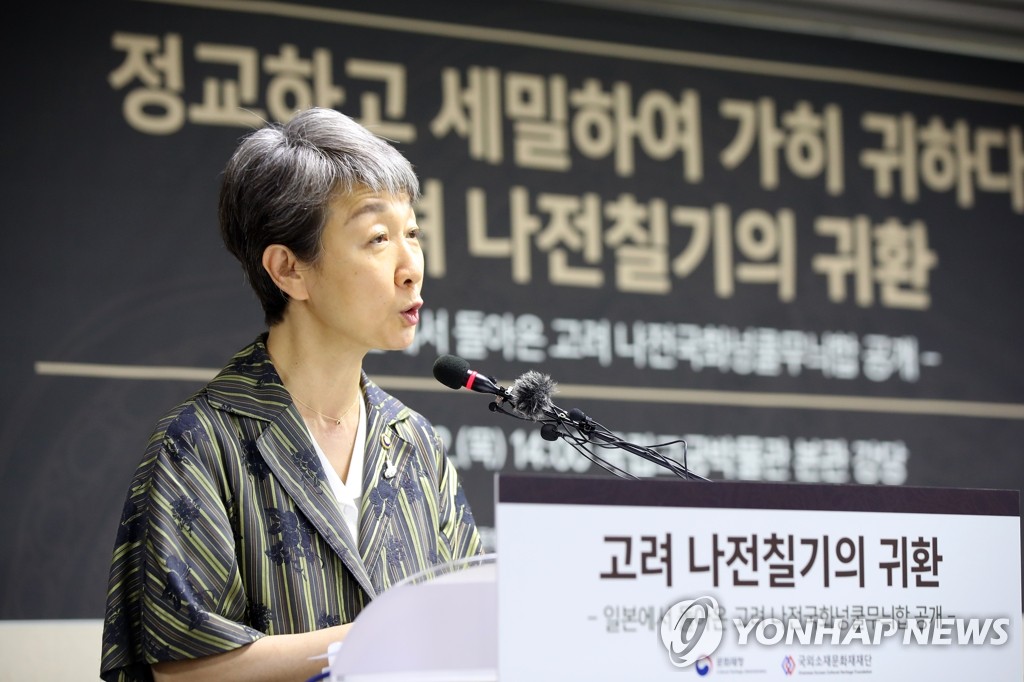