The members of the NSC standing committee had discussions on the "recent security conditions" involving North Korea and decided to keep striving to prevent tensions from escalating and bring lasting peace to Korea, it added.

They reaffirmed a plan to continue "close consultations" between the allies for an early deal, Cheong Wa Dae said without elaborating in a three-paragraph press release on the results of the session chaired by Chung Eui-yong, director of the national security office.

Talking with European Union leaders during a virtual summit earlier this week, President Moon Jae-in raised the need for Trump and North Korean leader Kim Jong-un to hold one-on-one talks again ahead of the U.S. presidential elections in early November. 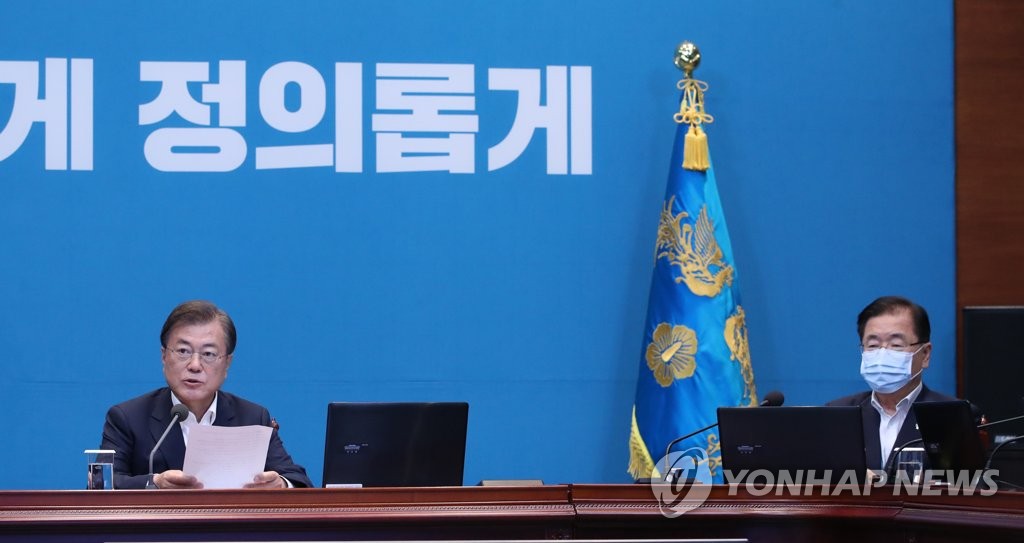