The Korea Baseball Organization (KBO) club said Kingham, who has only made two appearances this season and last pitched on May 12, has been slow to recover from his elbow issues, with no signs of improvement. The Wyverns have asked the KBO to place Kingham on waivers and will now begin searching for his replacement.

KBO teams are each permitted three foreign players, with a maximum of two pitchers. 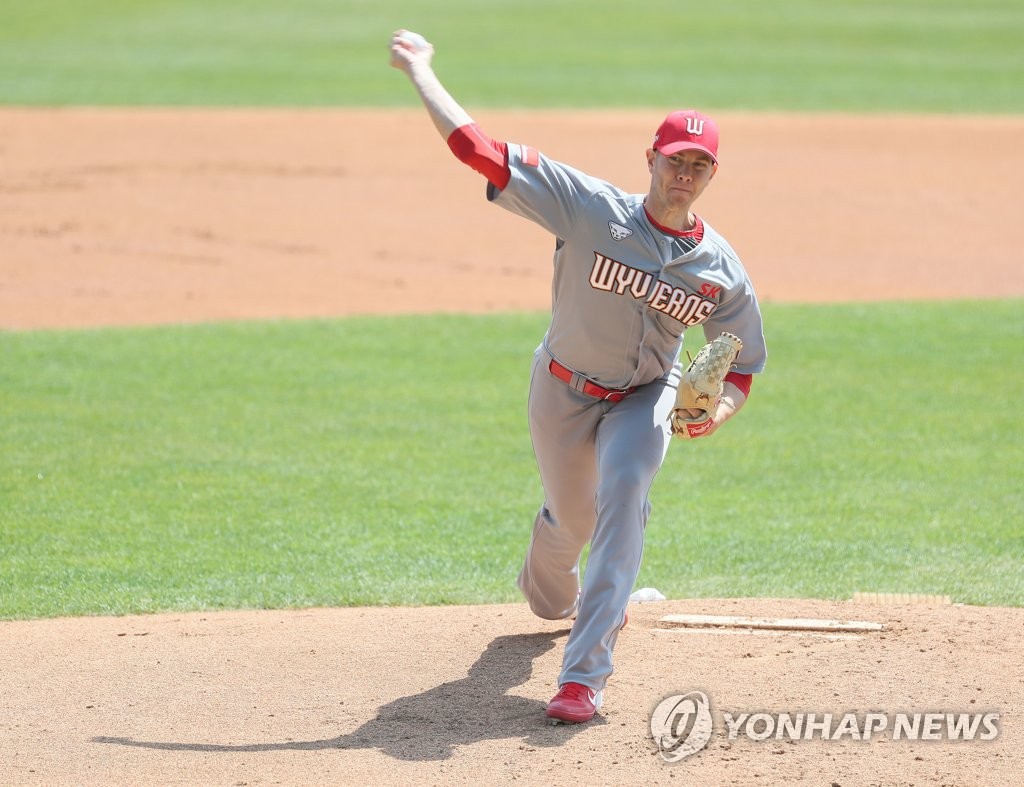 The Wyverns signed Kingham to a US$900,000 contract in November, and the former major leaguer pitched well enough in spring training and in preseason to earn the Opening Day nod for May 5.

But he took the loss against the Hanwha Eagles that day, after allowing three earned runs in seven innings. A week later, he gave up eight runs -- three unearned -- in 3 2/3 innings against the LG Twins and was charged with his second straight loss.

He began suffering pains in his right elbow and never pitched in the KBO again. His final record was 0-2 with a 6.75 ERA.

The Wyverns entered Thursday ranked ninth among 10 clubs at 14-35.