SEOUL, July 2 (Yonhap) -- A helicopter operated by the U.S. Forces Korea (USFK) made a precautionary landing shortly after take-off from central Seoul on Thursday due to suspected engine problems, officials said.

The UH-60 Blackhawk helicopter with five people aboard lifted off from Seoul's Yongsan Garrison and was heading toward the large American base in Pyeongtaek, some 70 kilometers south of the capital city, when unusual signs were detected at around 3:50 p.m., according to local police.

Confirming the incident, USFK said in a release, "Recovery operations are under way, and there were no reported injuries to those onboard or to any civilians near the landing site." 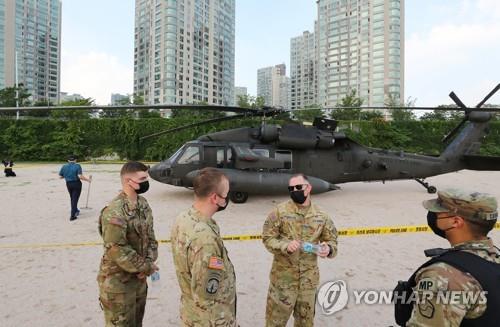