SEOUL, July 2 (Yonhap) -- The recent suicide of a young triathlete who claimed to have been abused by her coach and teammates for years has sparked outrage across the nation and prompted investigations by legal and national sports authorities.

Choi Suk-hyeon, a junior bronze medalist at the 2015 Triathlon Asian Championships, was found dead in her room last Friday in Busan, 450 kilometers southeast of Seoul. She was 22.

In her last text message sent to her mother, since circulated in the local media, Choi pleaded with her mother to "expose crimes of those people," in an apparent reference to her alleged abusers.

Before taking her own life, Choi had filed abuse charges against the head coach of her semi-pro club at Gyeongju City Hall in Gyeongju, 370 kilometers southeast of the capital, a team physiotherapist -- referred to as simply a "team doctor" -- and two of her older teammates in February. Two months later, Choi also filed a petition with the Korea Triathlon Federation and the Korean Sport & Olympic Committee (KSOC), seeking punishments for her alleged abusers.

In late May, Gyeongju police forwarded Choi's case to the prosecution and recommended indictment on charges of assault and extortion. Daegu District Public Prosecutors Office said Thursday that it has been investigating the case and will soon interrogate those facing abuse allegations.

Earlier on Thursday, two of her acquaintances each started an online petition to call for a thorough investigation into circumstances that led to Choi's death. Their petitions had over 63,000 signatures combined as of 9 p.m. Thursday.

They claimed that Choi's calls for help had fallen on deaf ears.

Among alleged abuses that have been reported, Choi was forced to eat 200,000 won (US$167) worth of pastries after ordering a soft drink at a team meal, and she was beat up by the team doctor for not reporting that she had eaten a peach for breakfast. Choi was also allegedly ordered to fast for three days for failing to keep her weight down.

Choi had also made audio recordings of occasions when she was abused by her staff, some of which have been reported on Korean television.

In her earlier petitions to the sports authorities, Choi claimed that the physiotherapist had asked her for cash during New Zealand training camps in 2015, 2016 and 2019, without telling her why the money was needed or how it was going to be used. Choi said because the therapist was an influential figure, she was too frightened to press him for details. Choi and her family had wired about 15 million won to the therapist's account.

Choi also detailed abusive behavior by one of her older teammates. The teammate, too, demanded money from Choi for no apparent reason, and Choi ended up transferring 15 million won to the teammate's account between January 2016 and September 2019. 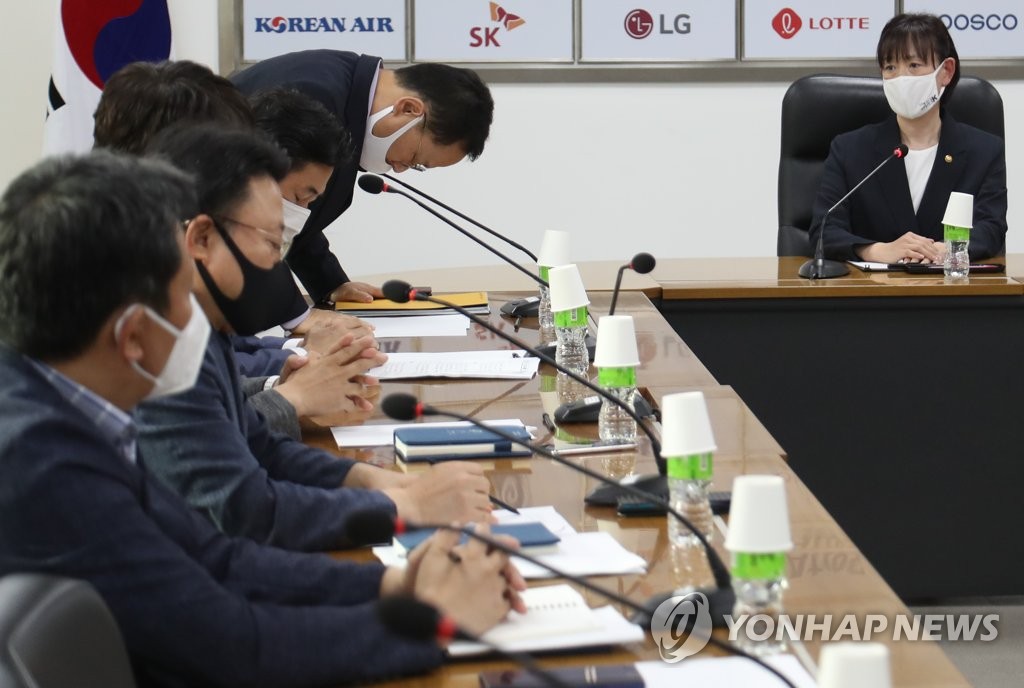 The latest tragedy serves as a somber reminder of just how far the country has to go to eliminate physical, verbal, emotional and even sexual abuses in sports. It was about a year and a half ago when Cho Jae-beom, former coach for Olympic short track speed skating champion Shim Suk-hee, was sentenced to 18 months in prison for physical assault while also facing trial for sexual assault charges. National sports officials went up in arms over one of the most high-profile abuse cases involving an athlete, but their repeated calls for stern measures ring hollow now in light of Choi's passing.

Gyeongju Sports Association on Thursday suspended the triathlon head coach from his duties for his lack of oversight, while two of Choi's teammates weren't immediately disciplined.

Yeo Jun-gi, head of the association, said he believes the team physiotherapist to be the principal figure in the case, with the coach and the two teammates both denying ever striking Choi.

The therapist wasn't on the staff but worked on a temporary basis with the athletes during training camps. The association hasn't been able to track down the alleged abuser.

Separately, the Korea Triathlon Federation will open disciplinary proceedings next Monday. The sports ministry also announced it will form a special investigative team, headed by its Second Vice Minister Choi Yoon-hee, to look further into the late athlete's allegations.

The ministry will also grill the KSOC on why it failed to take prompt action in April when Choi Suk-hyeon filed her petition.

The ministry pledged to work with legal authorities and institutions related to human rights, if necessary.