SEOUL, July 2 (Yonhap) -- With a spike in local infections of the novel coronavirus, the South Korean football league will not be able to reopen its stadiums on July 10 as it had hoped, a league official said Thursday.

The 2020 K League season kicked off on May 8 without spectators, due to COVID-19 infection concerns. And following the government's announcement last Sunday that pro sports stadiums could open their doors again under strict quarantine and preventive measures, the K League had set July 10 as the target for the return of fans to the stands. 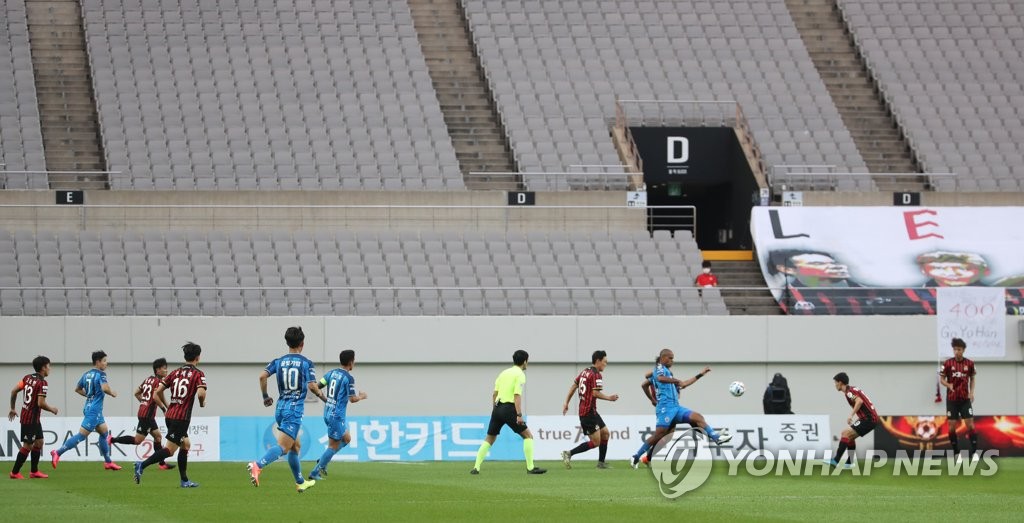 Along with football, baseball and golf are other professional sports being played in South Korea during the pandemic. The government has yet to follow up on its Sunday announcement, due to a sudden rise in local infections in the southern metropolitan city of Gwangju. The Korea Baseball Organization (KBO) has already scrapped its plans to swing open stadium gates by Friday, and the K League followed suit in delaying its reopening schedule.

"We've been waiting for word from the sports ministry and national health authorities, but all discussions have stopped because of a recent rise in local infections," a K League official said. "We'll continue to monitor the situation." 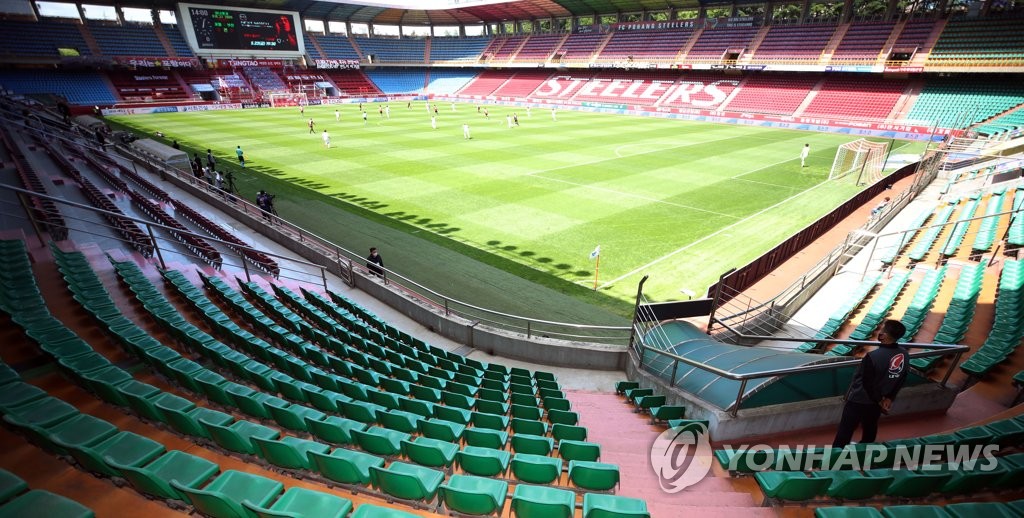 While announcing plans to reopen sports stadiums Sunday, the government also unveiled a three-level social distancing scheme. Level 1 entails a situation where the number of daily COVID-19 cases sits in the 50 or fewer range, manageable by the health care system.

Gwangju raised it to Level 2 on Wednesday in response to a surge in new cases, and all indoor gatherings of 50 or more and outdoor meetings of over 100 are prohibited.

Gwangju is home to the K League 1 club Gwangju FC. 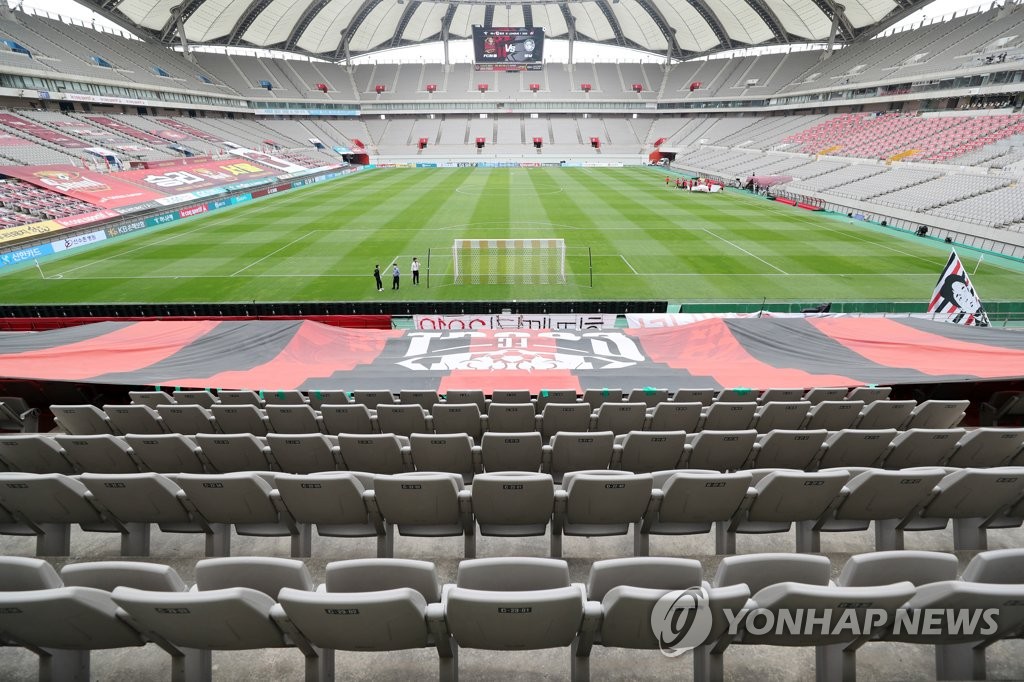 The social distancing grade will not be applied on a national scale, meaning regions that are hit harder by the virus than others will be able to adjust their level accordingly.

Once given the go-ahead sign from the government, the KBO will likely open up stadiums in cities other than Gwangju, as long as Gwangju maintains its Level 2. The K League is expected to take a similar step and leave Gwangju FC as the odd team out when the rest of the league brings back fans.