SEOUL, July 2 (Yonhap) -- The number of foreign arrivals in South Korea reached just 30,861 in May, as the coronavirus pandemic has restricted the movement of people around the globe, official data showed Thursday.

The total represents a 97.9 percent plunge compared to the same month in 2019, with overall numbers little changed from the month before, the data from the state-run Korea Tourism Organization (KTO) showed.

By country, arrivals from the United States dropped 90.9 percent on-year to 8,735, while the corresponding number for people coming in from China reached 5,124, a 99 percent drop from May of last year. The KTO said the figures for travelers from other neighbors were similarly bleak, with only 413 arriving here from Japan and 189 from Taiwan.

It said that while arrivals from the Philippines and Vietnam both exceeded the 1,000 mark, those for Hong Kong, Singapore and Malaysia did not exceed 100, and arrivals from Thailand stood at 195 for the whole of May.

Inbound traffic for most countries was all down by over 90 percent on-year.

The latest data also showed outbound travelers from South Korea stood at just 37,801 in the cited month, down 98.4 percent on-year.

The tourism promotion organization pointed out that while some countries have started to ease travel restrictions, most domestic and foreign airlines have scaled back services and are only operating a handful of flights.

The latest data showed that in the first five months of 2020, the number of people that came into the country stood at little over 2.1 million. This is a decrease of 69.8 percent from the previous year. 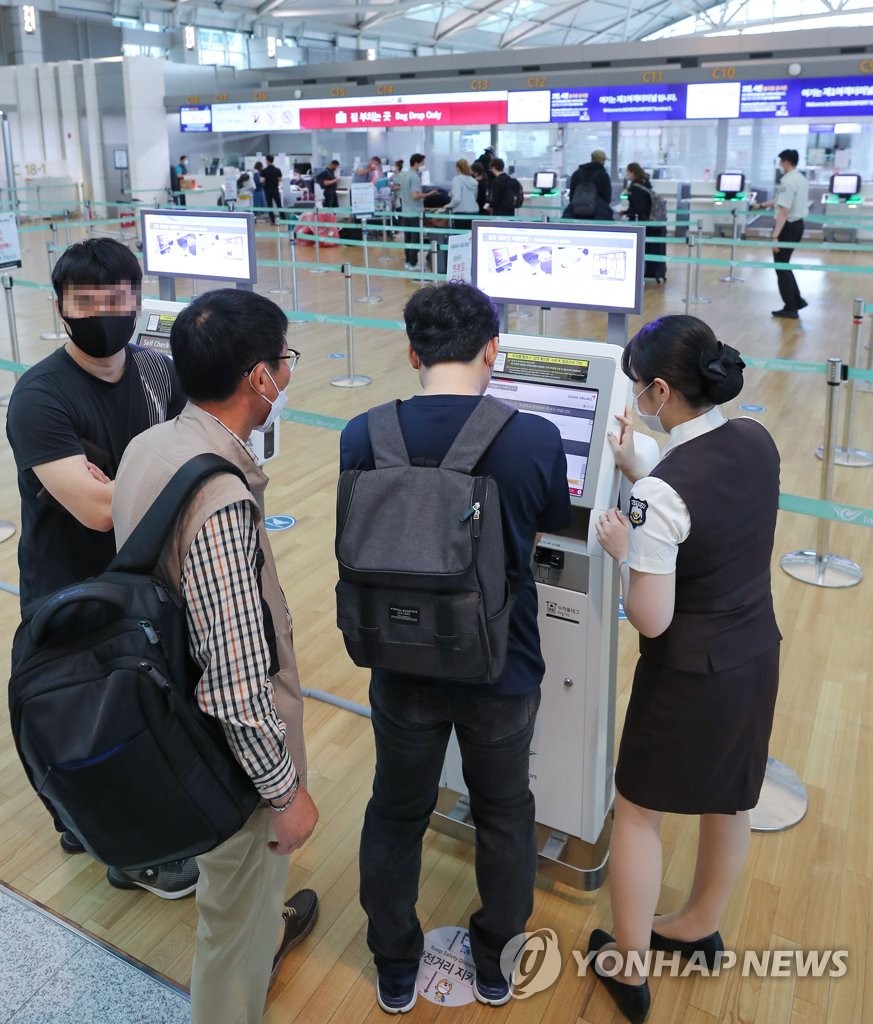 Foreign arrivals to South Korea stand at little over 30,000 in May

Foreign arrivals to South Korea stand at little over 30,000 in May