SEOUL, July 2 (Yonhap) -- President Moon Jae-in stressed the importance Thursday of reviving South Korea's retail sector, as the country is striving to counter the economic impact from the COVID-19 pandemic.

He was making an on-site visit to join a national campaign to promote the sale of products made by local businesses, from conglomerates to local mom-and-pop stores.

Moon pointed out that domestic consumption is one of the two pillars of Asia's fourth-largest economy, along with exports.

"However, both are not faring well," the president said during a event held as part of the "Korea Donghaeng Sale" campaign. The Korean word "Donghaeng" means to go along together. It took place at the Olympic Gymnastics Arena, also known as the KSPO Dome, in eastern Seoul. 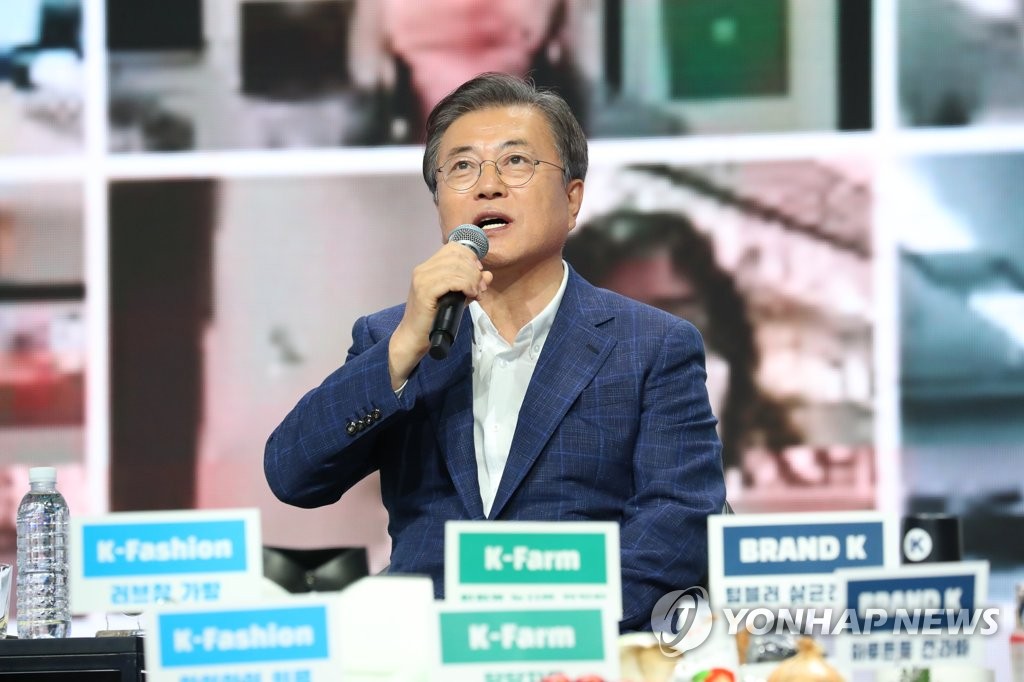 South Korea's exports posted considerable declines in April, May and June, compared with the same period last year, after the outbreak of the new coronavirus, he noted.

"One fortunate thing is that the range of drops is becoming less severe. I have expectations that the situation will get much better in the latter half of this year," he said.

While there is a limit to the recovery of exports, which also depends on other countries, domestic consumption can be determined by the people here, he added.

"In the past, saving was an act of patriotism but now consumption is," the chief executive said.

He likened a series of initiatives to boost domestic demand to a relay.

His liberal-leaning government has already handed out emergency cash payments of up to 1 million won (US$830) to every household in the nation in response to the COVID-19 pandemic.

Moon described the two-week retail campaign that kicked off on June 26 as the second "player" in the relay.

The third one would be another stimulus budget proposed by the government, he added, which has to be approved by the National Assembly.

He also said the successful quarantining of people infected with the coronavirus and treatment are a critical shortcut to economic recovery. 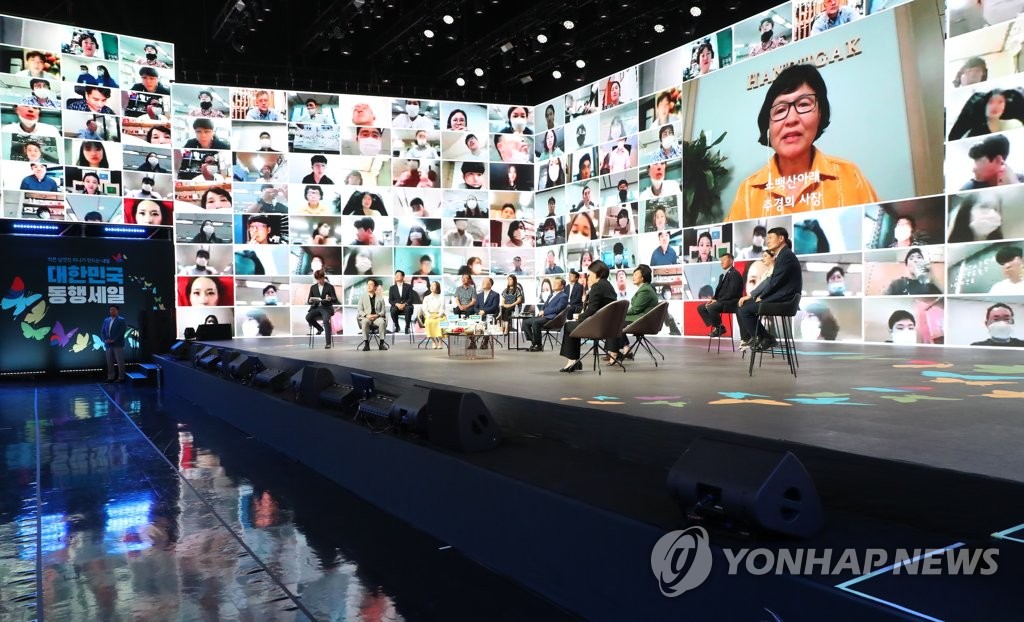