SEOUL, July 3 (Yonhap) -- North Korean leader Kim Jong-un called for "maximum alert" against the coronavirus as he presided over a politburo meeting of the ruling Workers' Party, warning that premature easing of anti-virus measures will lead to "unimaginable and irretrievable crisis," state media reported Friday.

It was the second time in three months that the North has convened a politburo meeting to discuss the coronavirus pandemic. That suggests the North's COVID-19 situation could be serious, though Pyongyang claims there has not been a single case.

The meeting held Thursday made no mention of inter-Korean relations.

"He stressed the need to maintain maximum alert without a slight self-complacence or relaxation on the anti-epidemic front, and rearrange and practice stricter anti-epidemic effort," the Korean Central News Agency said.

Kim also made "sharp criticism of inattention, onlooking and chronic attitude getting prevalent among officials, and violation of the rules of the emergency anti-epidemic work as this work takes on a protracted character," it said.

"He repeatedly warned that hasty relief of anti-epidemic measures will result in unimaginable and irretrievable crisis, stressing that all the sectors and units should further strengthen the emergency anti-epidemic work till the danger of pandemic incoming is completely rid of," it said.

The meeting also handled ongoing construction of the Pyongyang General Hospital, saying Kim was satisfied with the pace in its building process as planned "despite the difficult and unfavorable conditions." The North has been pushing to complete the hospital before Oct. 10, the ruling party's founding anniversary.

North Korea claims to have no coronavirus infections, but it has taken relatively swift countermeasures since January, such as closing its border and toughening quarantine criteria.

But there was no mention of inter-Korean relations during the meeting, which came as cross-border tensions flared anew after a series of the North's provocative actions in protest of anti-Pyongyang leaflets sent by activists in South Korea.

Last month, North Korea cut off all communication lines with South Korea and blew up a liaison office in Kaesong, threatening to take more retaliatory steps with detailed plans to be determined at a Central Military Commission meeting to be held "at an earliest date." 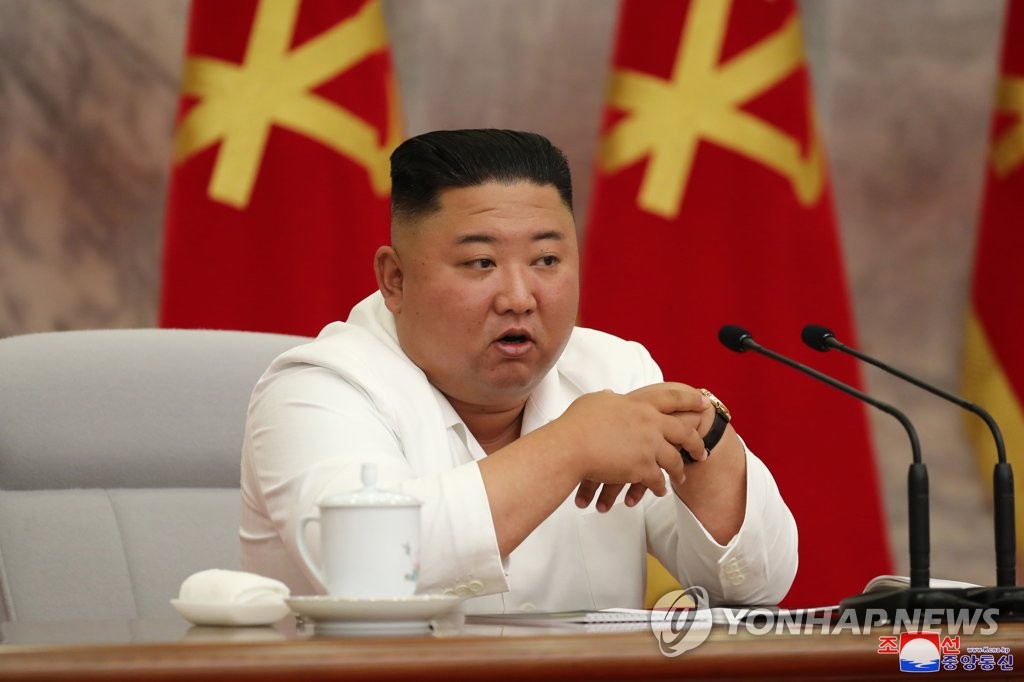