Bolton's comment comes after President Moon Jae-in renewed his resolve to enable a fourth Trump-Kim meeting before the U.S. presidential election in November.

While Trump and Kim last met in the Demilitarized Zone on the inter-Korean border in June 2019, efforts to reach a nuclear deal have stalled due to differences over the scope of North Korea's denuclearization and sanctions relief from the U.S. 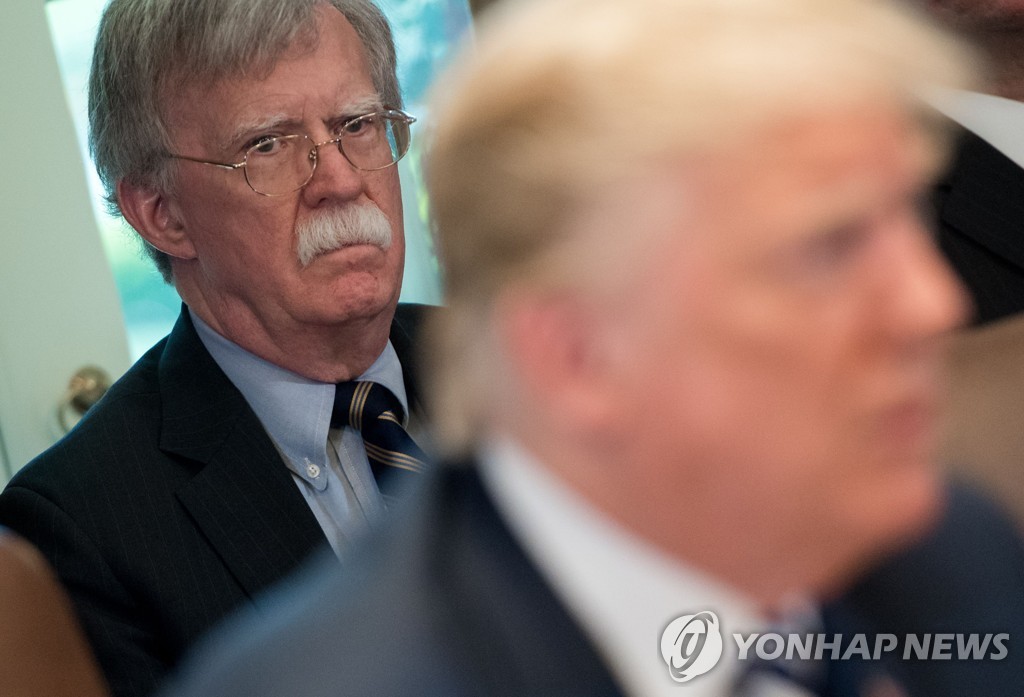 "I think President Trump -- everybody can read the public opinion polls. He's way behind," Bolton said during a press conference with foreign reporters in New York.

"That doesn't mean the election is over by any stretch of the imagination, but you know we have a phrase in the United States called the 'October surprise' just before an election," he said. "If the president felt he was in deep, deep trouble, another meeting with his friend Kim Jong-un might look like something that could turn things upside down again."

Trump has touted his meetings with Kim as a foreign policy victory that averted a war with North Korea. He has also claimed that the two "fell in love."

Bolton, who has long expressed skepticism about North Korea's denuclearization commitments, wrote in his recently published memoir that Trump was never serious about reaching a deal with Kim and wanted the summits as a publicity stunt.

"I think the North Koreans have basically shown exactly what they think of this whole process a couple weeks ago, when they literally blew up the building that they had constructed for liaison activities with South Korea," Bolton said, referring to the North's recent destruction of a joint liaison office in its border city of Kaesong.

"I think we wasted two years of activity and photo ops, and I think that North Korea took advantage of that by continuing its work on both its nuclear program and its ballistic missile program," he added.

"They weren't standing still. They were doing what proliferators always do, which is take advantage of time to advance their programs, thus leaving us, Japan, South Korea in a worse position strategically."