SEOUL, July 3 (Yonhap) -- A Seoul ward on Friday banned all rallies in major areas under its jurisdiction near the former site of the Japanese Embassy as a precaution against the new coronavirus, including weekly rallies held by an advocacy group supporting wartime sex slaves and its opponents there.

The ban, imposed by the Jongno Ward Office, has gone into effect as of midnight in designated parts of central Seoul. It will stay valid until the country's infectious disease alert level is lowered from "serious."

The Korean Council for Justice and Remembrance for the Issues of Military Sexual Slavery, which supports the victims, euphemistically called "comfort women," has been holding rallies there every Wednesday for more than 28 years.

Until recently, the Wednesday rallies took place in front of a bronze Statue of Peace located just across from the former site of the Japanese Embassy before conservative civic groups reserved the protest spot in opposition to the advocacy group.

"The measure was based on heavy concerns over the infectious virus spreading as large numbers of people crowd a limited space simultaneously," the ward office said in a statement, adding it also factored in how the rallies, which start at noon, coincide with the lunch time when people working in the area come out for their meals.

Jongno mayor Kim Young-jong said the ward office will "take all necessary measures with a focus on the lives and safety of residents," vowing a strict approach to rallies in the area.

The protest-ban zone includes other areas in Gwanghwamun -- including streets surrounding the United States Embassy, the Jongno Ward Office and the Jongno Fire Station.

Individuals and organizations that hold rallies in the designated areas may face fines of up to 3 million won (US$2,502) under the infectious disease control and prevention act.

Press conferences, which do not need to be reported in advance, are allowed, but organizers will be fined if they develop into protests.

As of Friday, South Korea has reported 12,967 cases of the new coronavirus, including 1,346 in Seoul, according to the Korea Centers for Disease Control and Prevention. It reported its first case on Jan. 20. 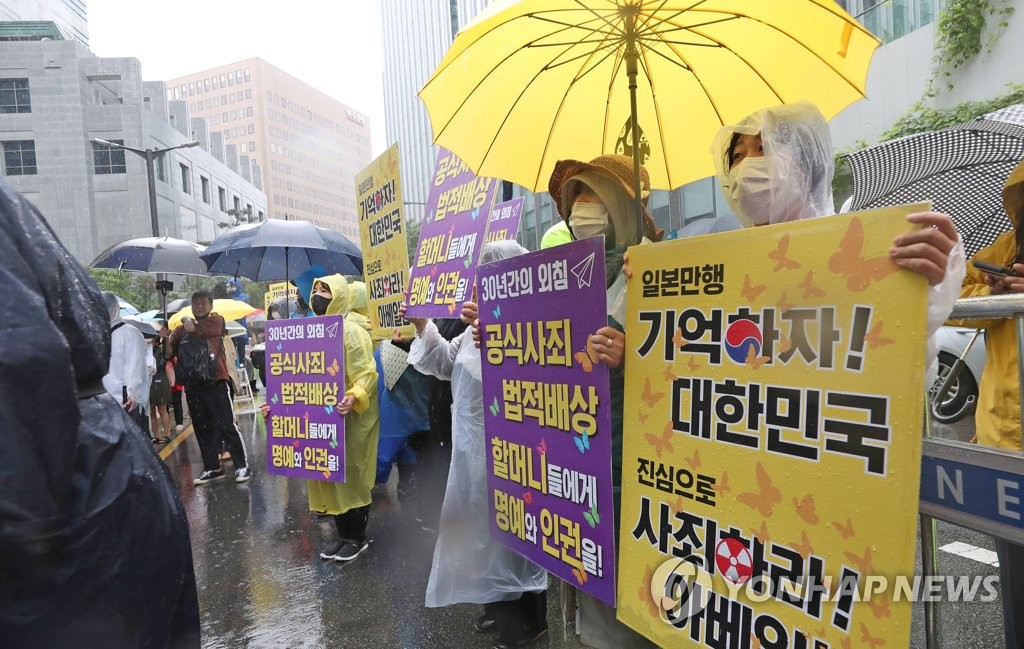